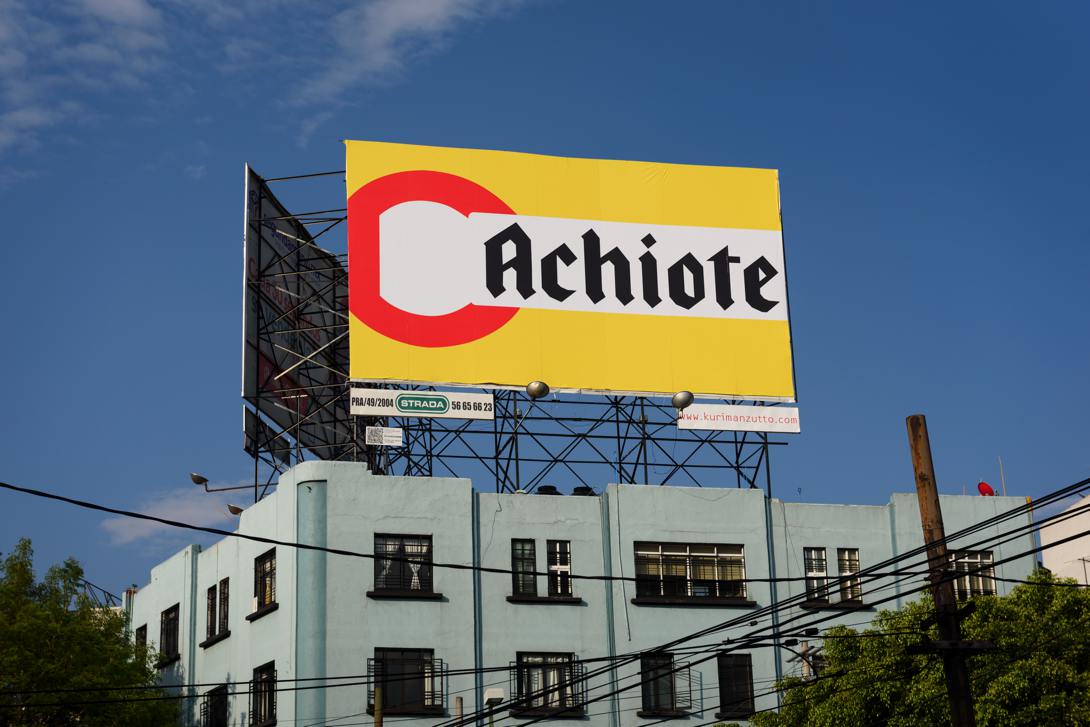 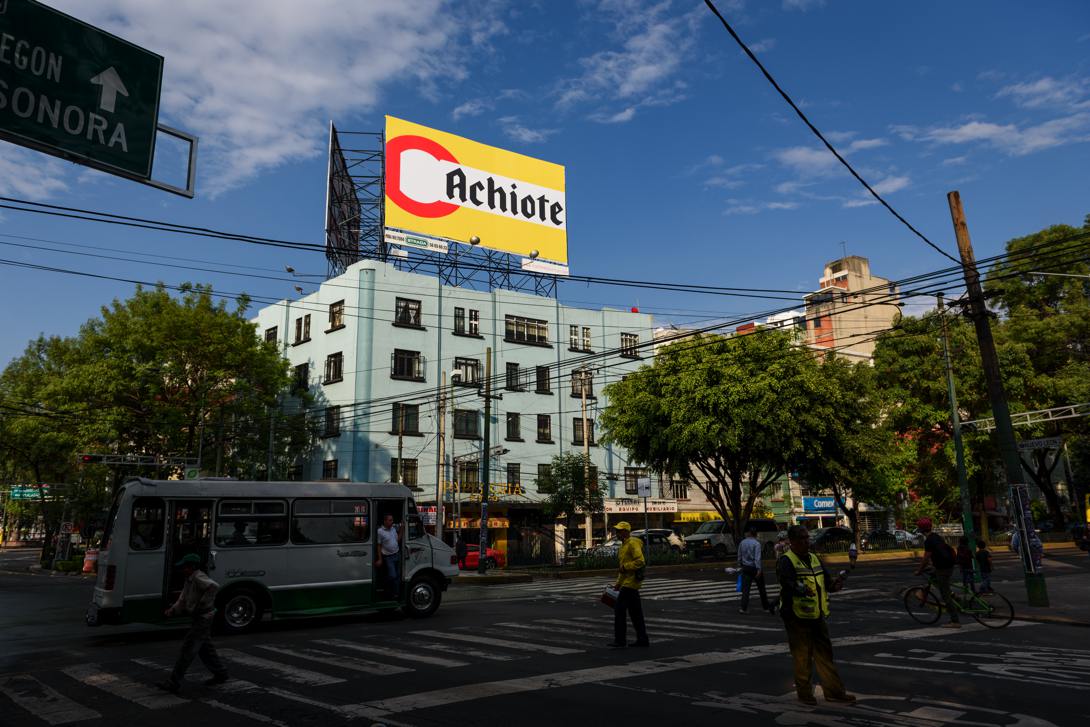 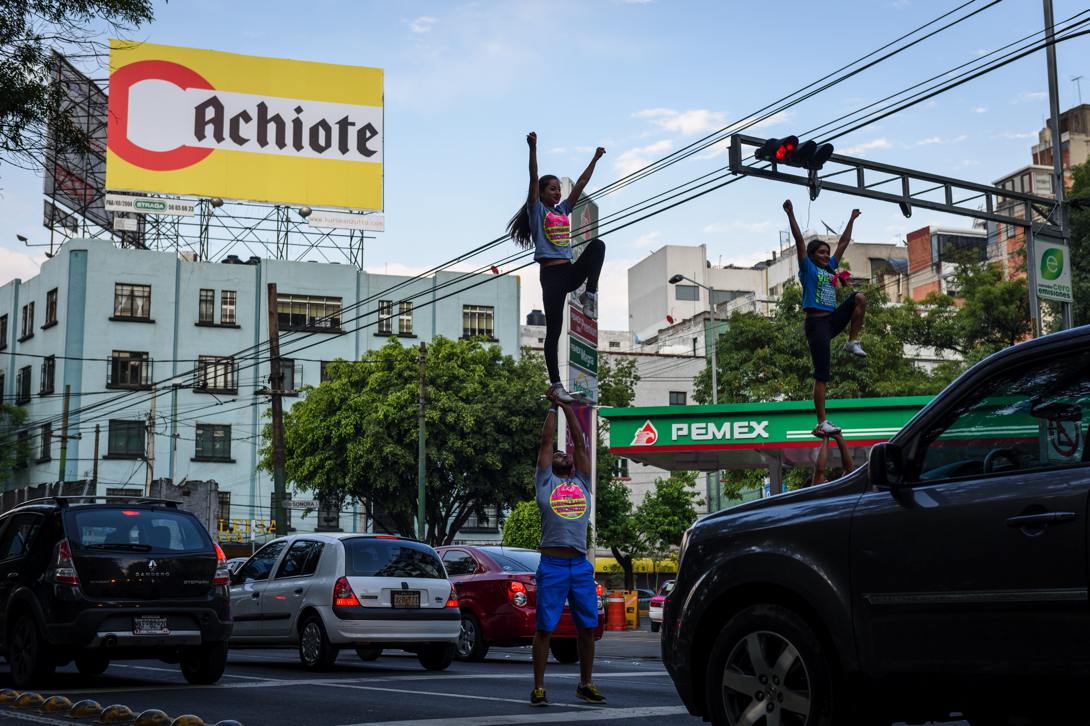 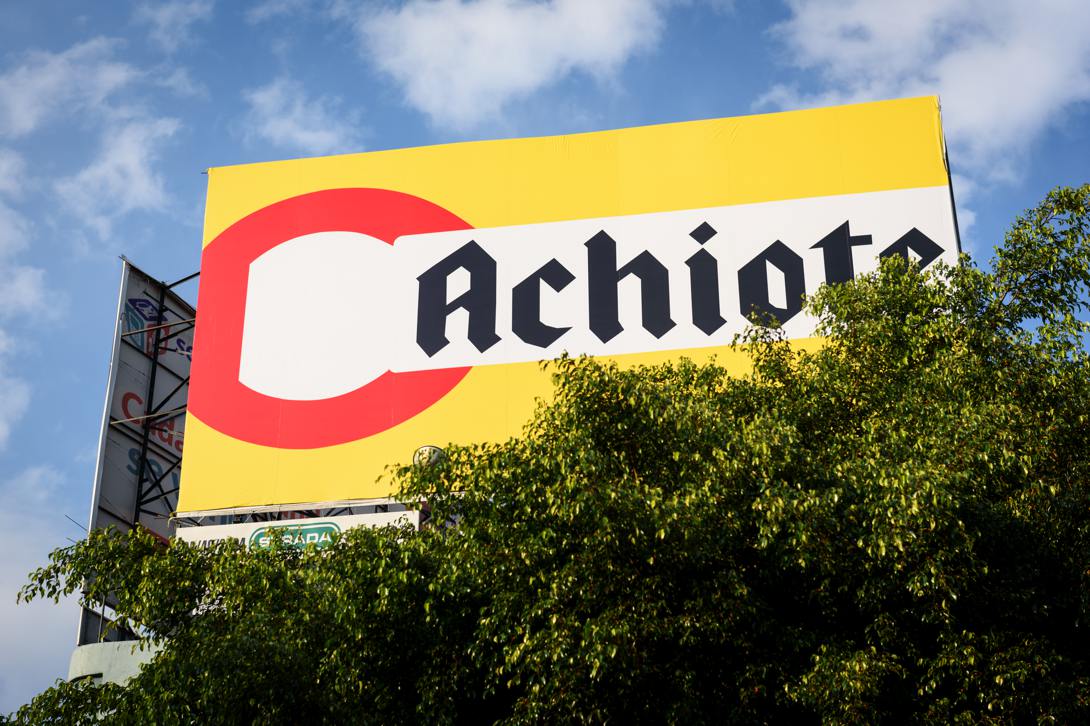 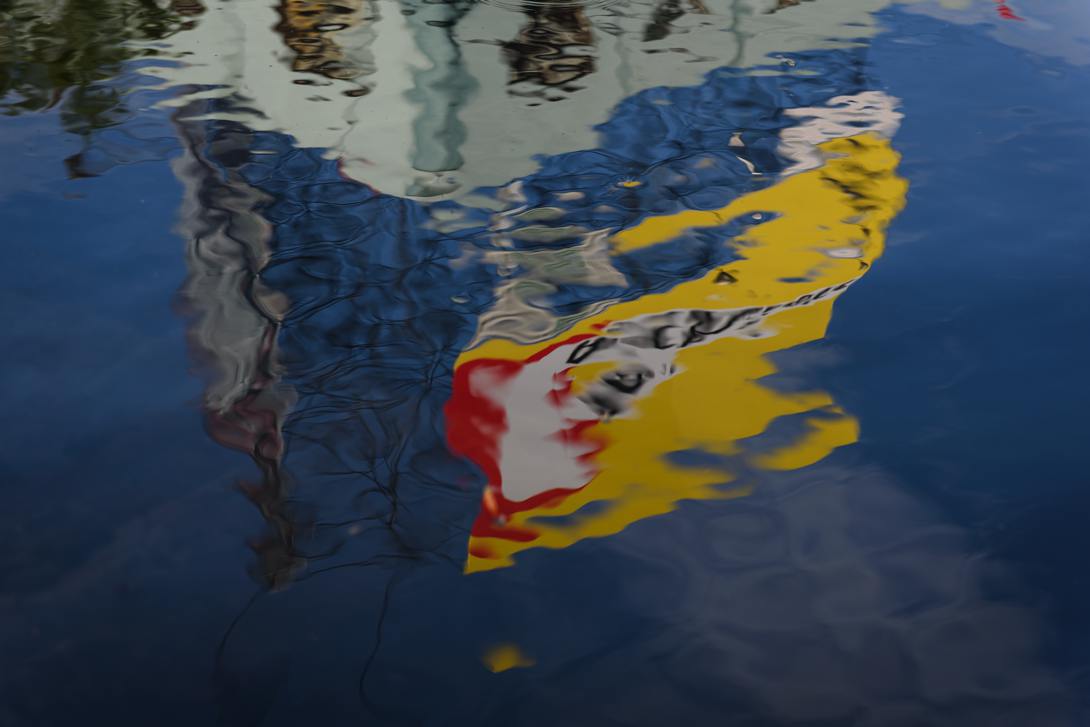 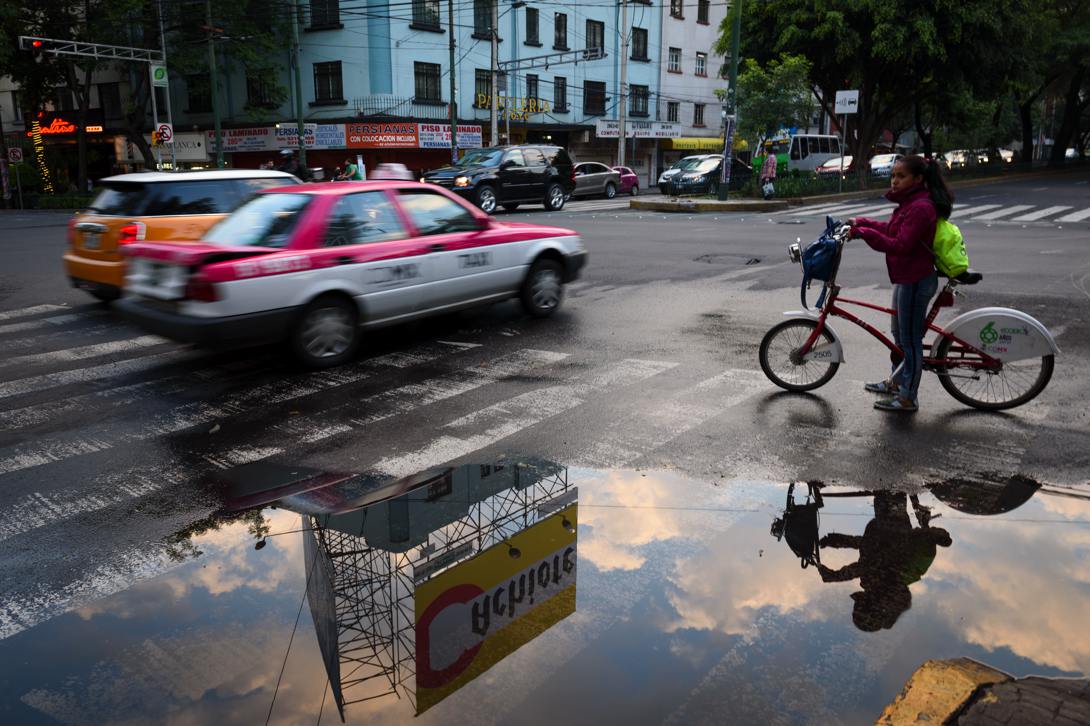 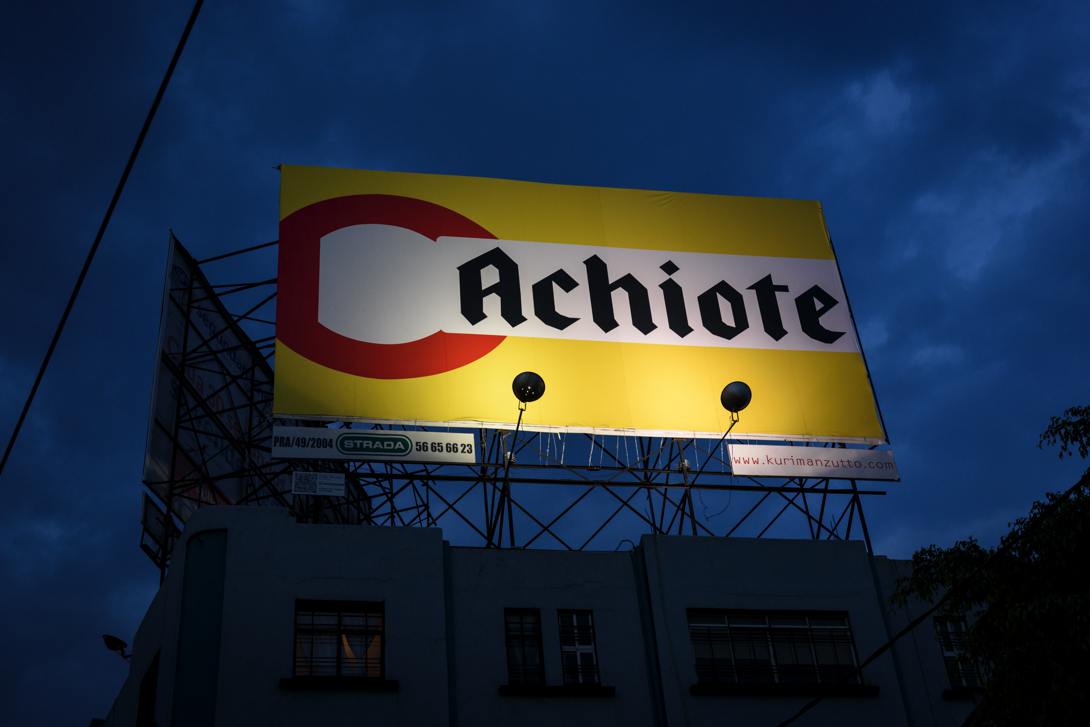 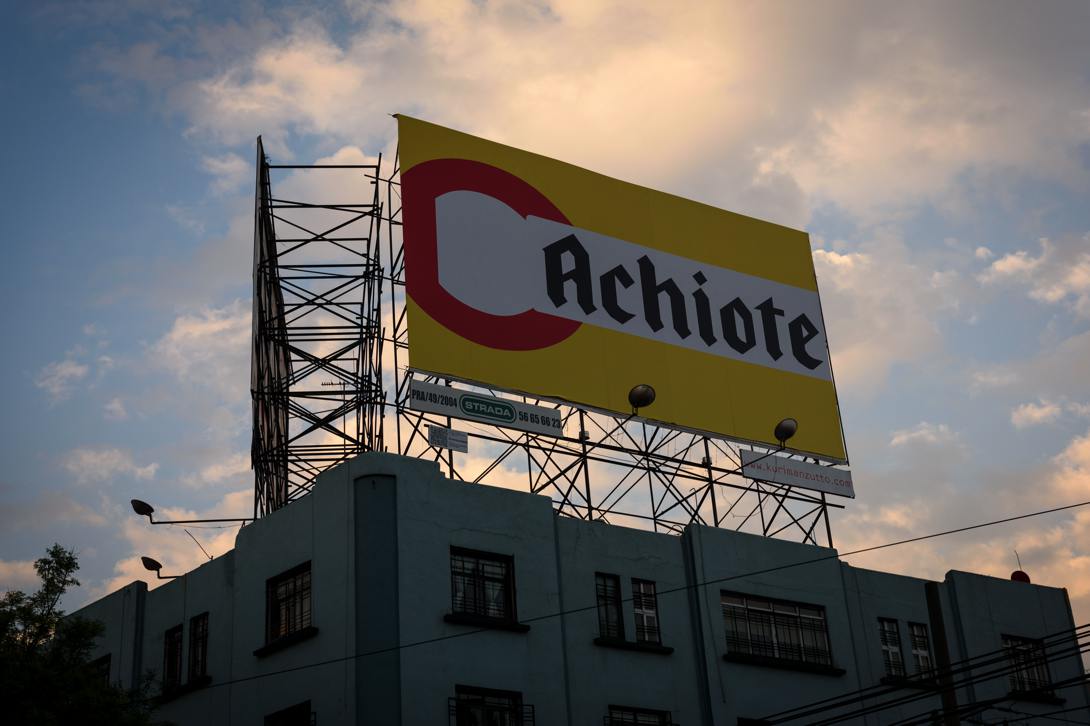 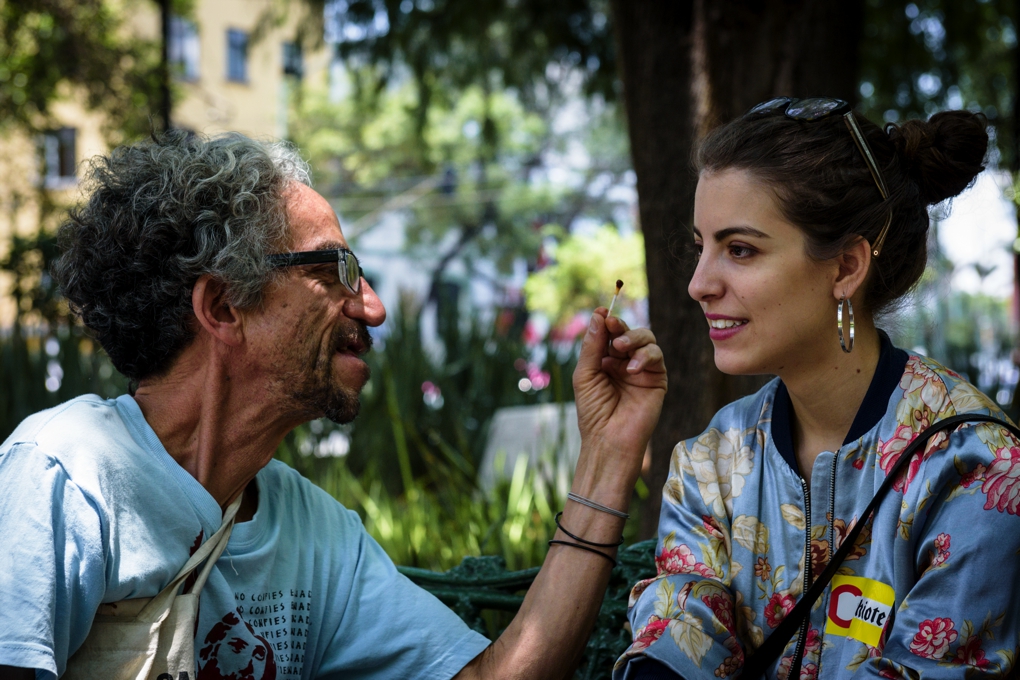 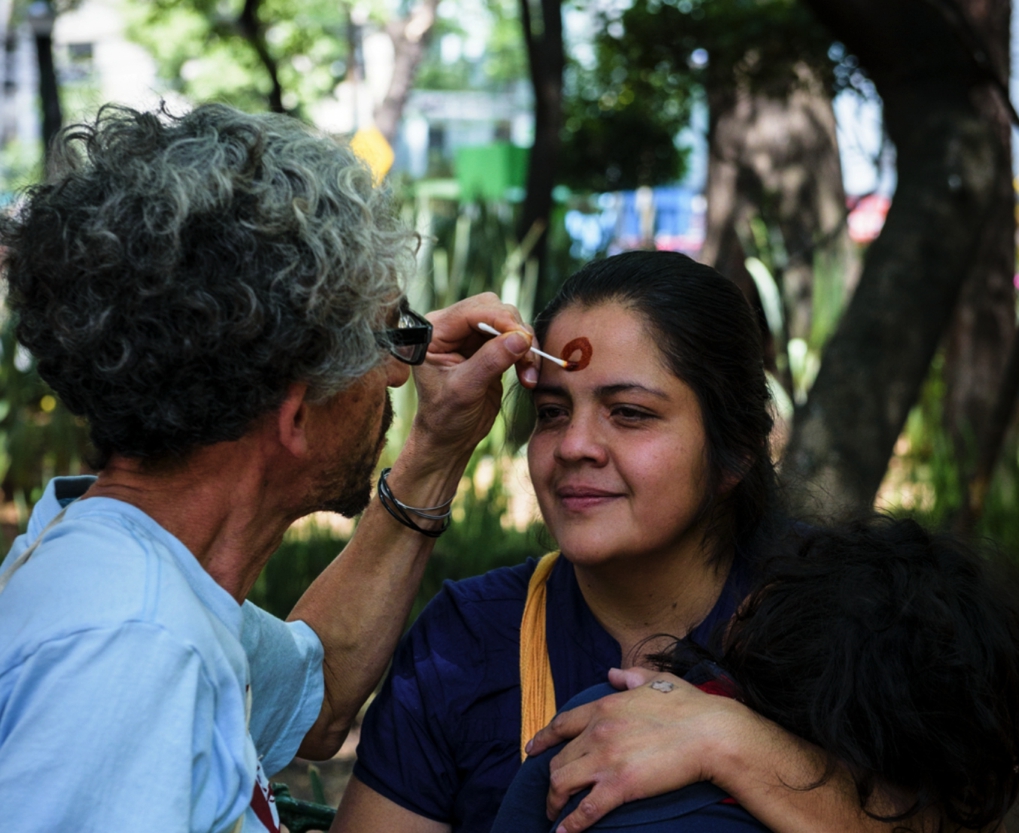 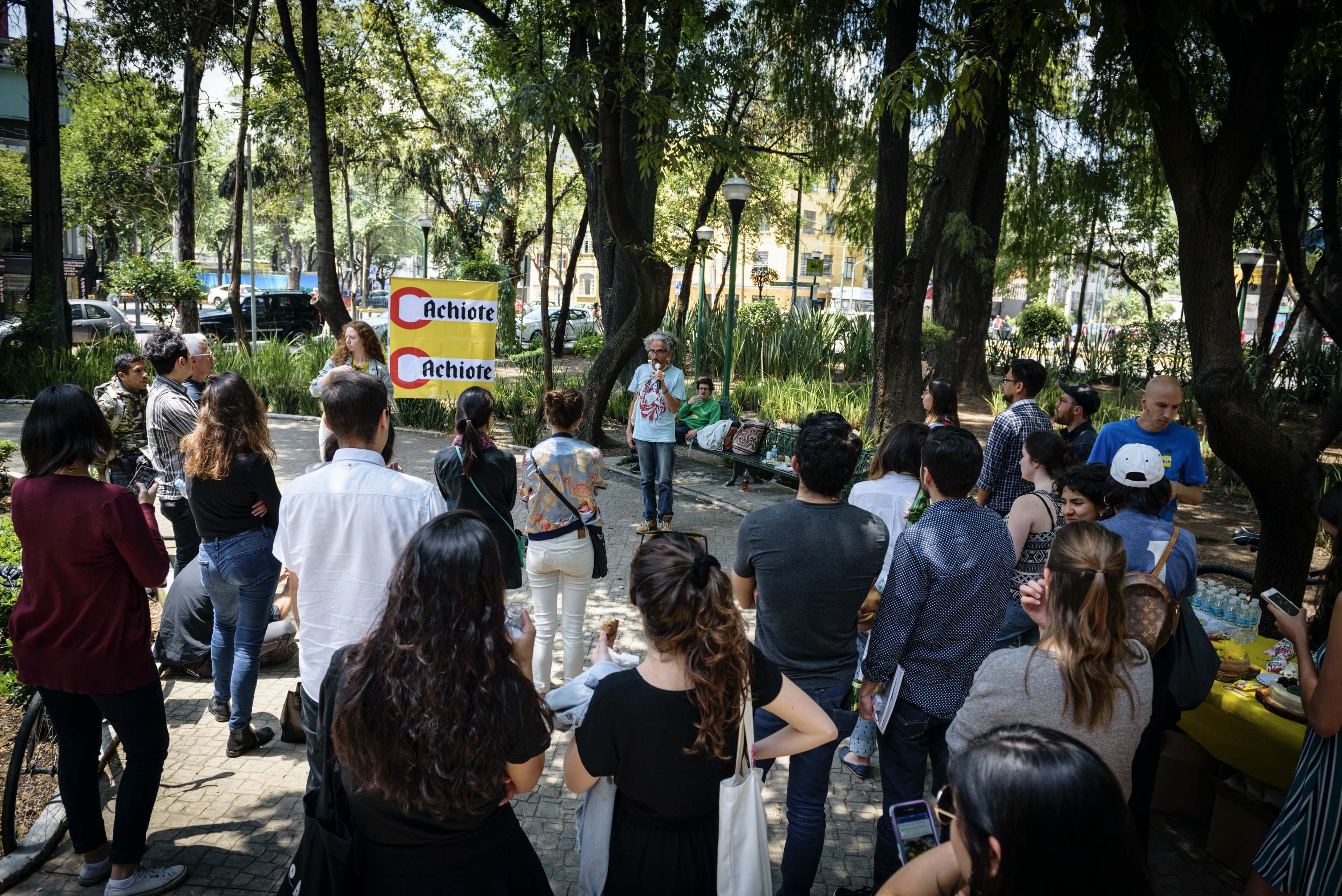 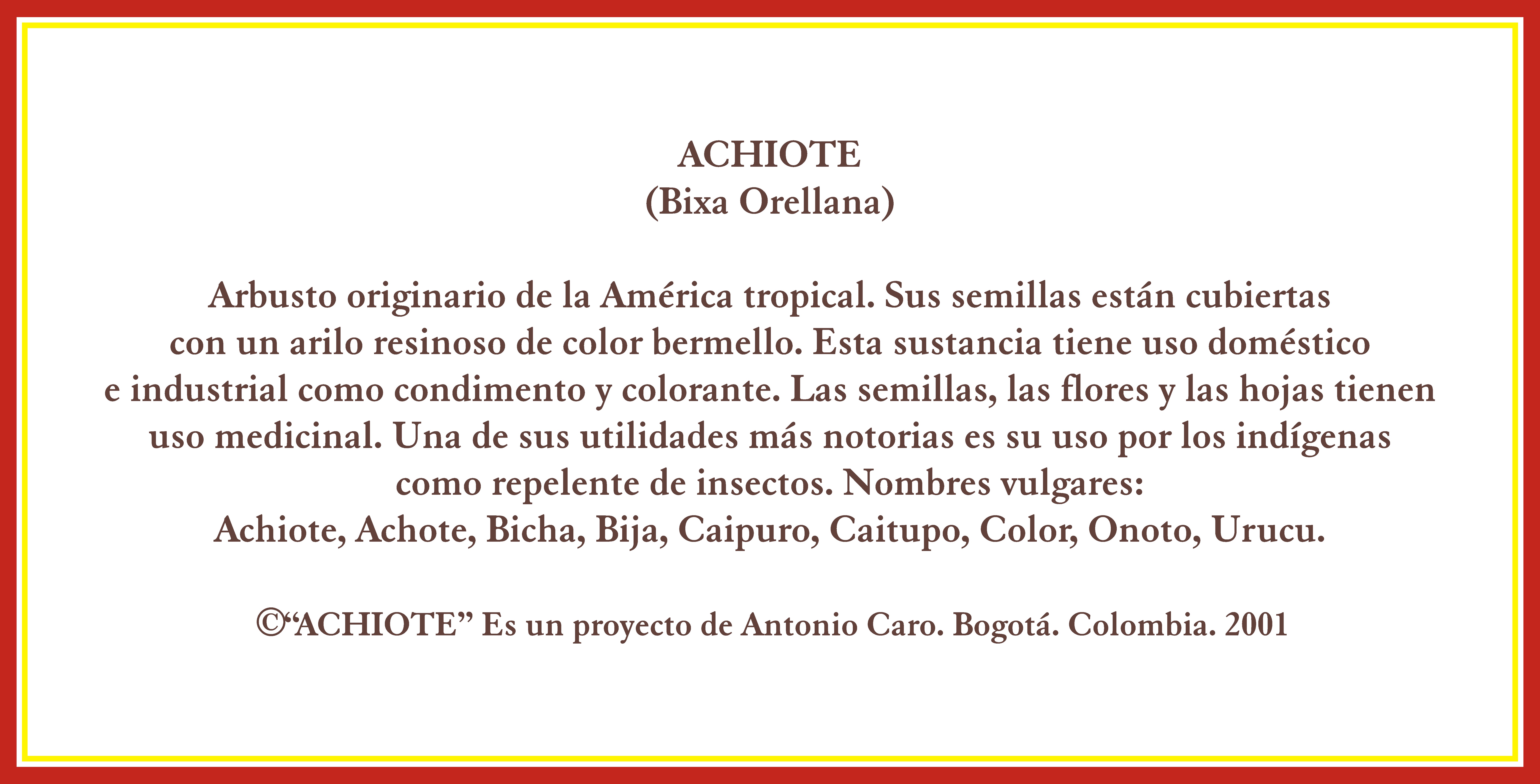 For the second edition of Sonora 128, artist Antonio Caro (Bogotá, 1950) presents Achiote (2001) a piece that began when the artist received a large sheet of Mexican amate paper (an indigenous variety of bark paper) in 1990. Two years later, during Proyecto 500 (1987–1992), a series of presentations organized to reflect upon the identity in the Americas five hundred years after Cristobal Colon’s arrival, Caro pondered how to materialize the conferences and exchanges of this historical event through his artistic practice. The phrase “Indians painted themselves with achiote,” a dictum learnt in school as a child in Colombia, inspired the artist to draw on the blank amate paper with achiote, the orange-red pigment of a plant native to the American tropic.

Through his action painting with achiote, Caro recovers one of the most traditional indigenous means of expression. His experiments with this natural colorant have since ranged from drawing to performance, to the point where the achiote pigment itself has become the work of art. A prior example manifested itself in 2014, when Caro took part in 89plus Americas Marathon at Museo Jumex in Mexico City, where he painted participants with annatto (a gesture which was enacted again on June 1st, 2016 in front of Sonora 128).

For its largest iteration yet to date, Achiote (2001) takes the form of an advertising billboard on Sonora 128. Using the strategies of a conceptual revisionist guerilla, Caro appropriates the typography of the Chiclets logo, calling authority into question. The appropriation of a multinational commerical typography in combination with the use of indigenous mediums and techniques has previously existed in Caro´s work, often as a way to bring to light the idea of a cultural establishment as a media culture, and the construction of a the sense of a national community. In this instance, the space of Sonora 128 acts as catalyst for the piece, completing it precisely because it appropriates the same language it seeks to condemn. In the artist’s words: “With Sonora 128 I arrive to the place I am coming from.”

Caro later revealed a connection between achiote, and chicozapote (sapodilla), another tree native to the tropical area of the continent and rich in the white, gummy latex used to make chewing gum. For many years chewing gum was exclusively available in most of the Americas in one format, Chiclets, the first and only brand of gum in the market. This commercial monopoly became almost synonymous with the gum plant itself.