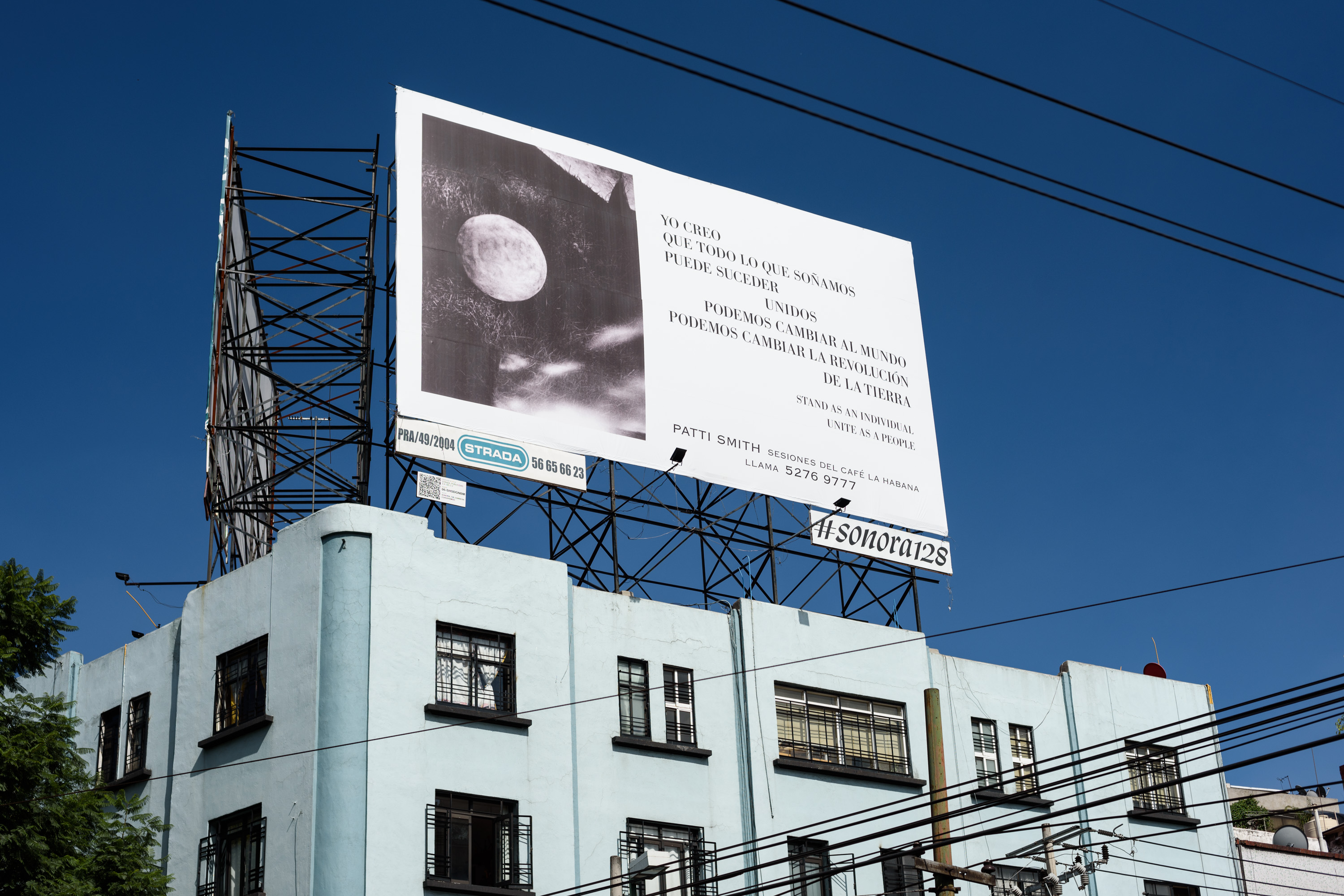 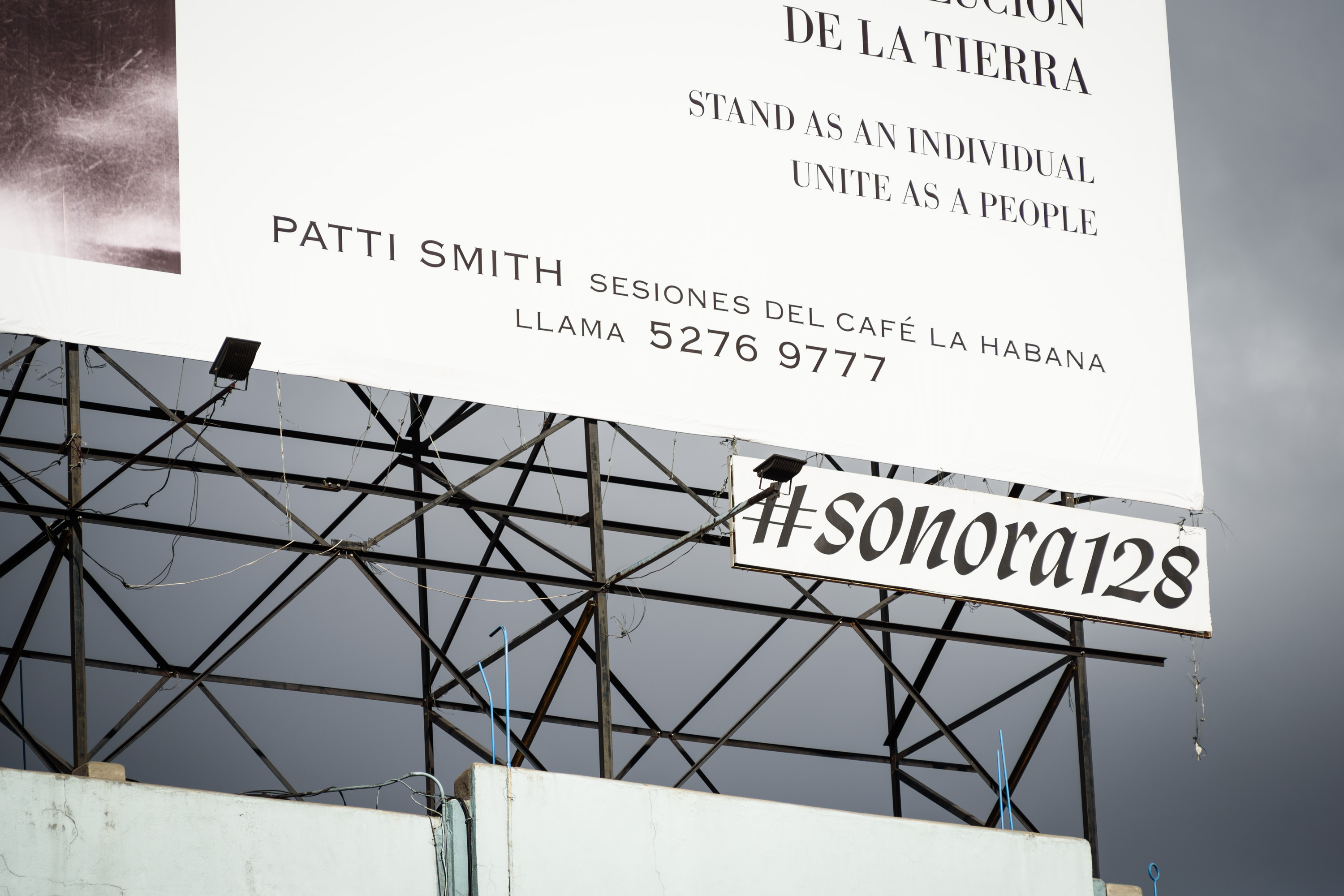 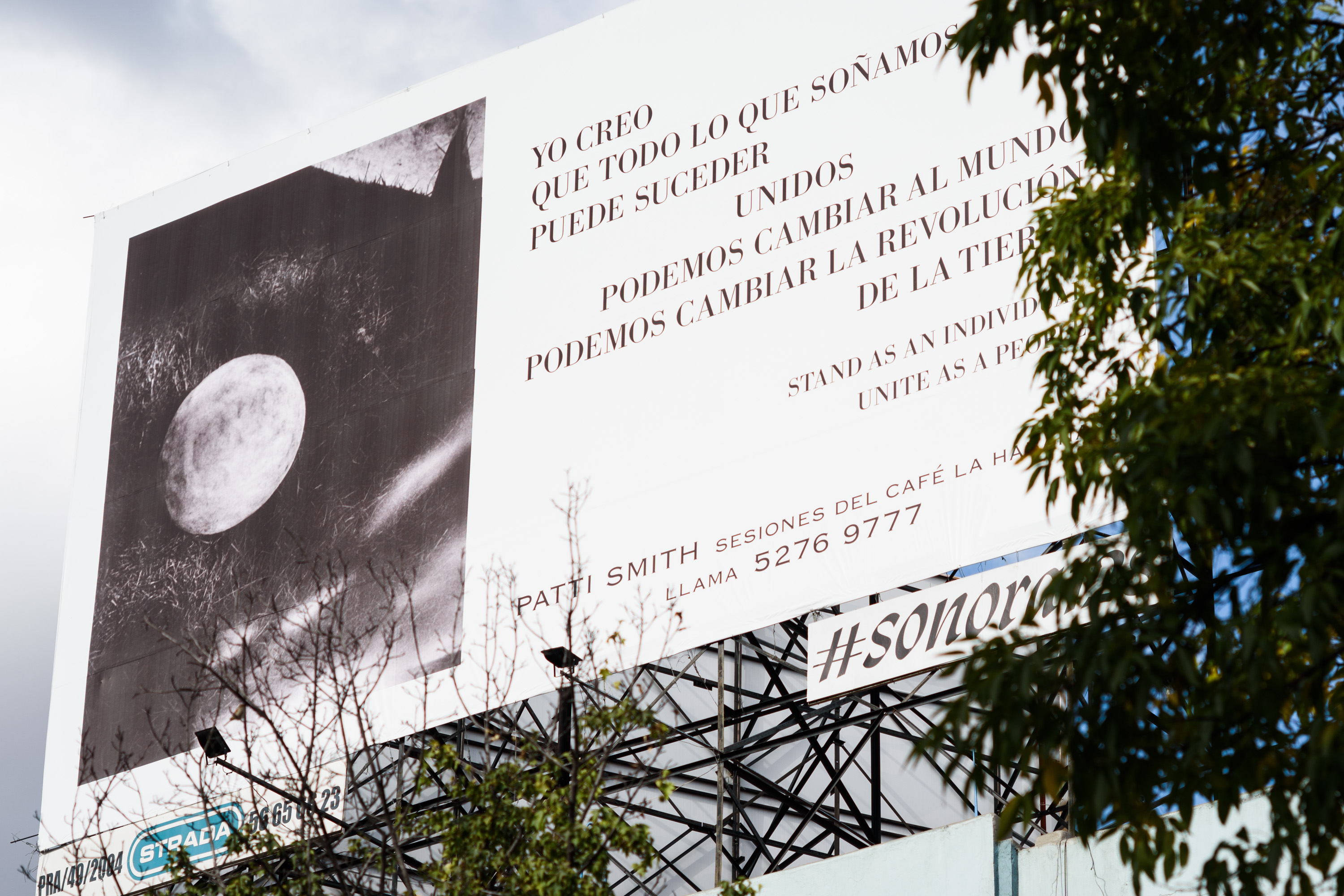 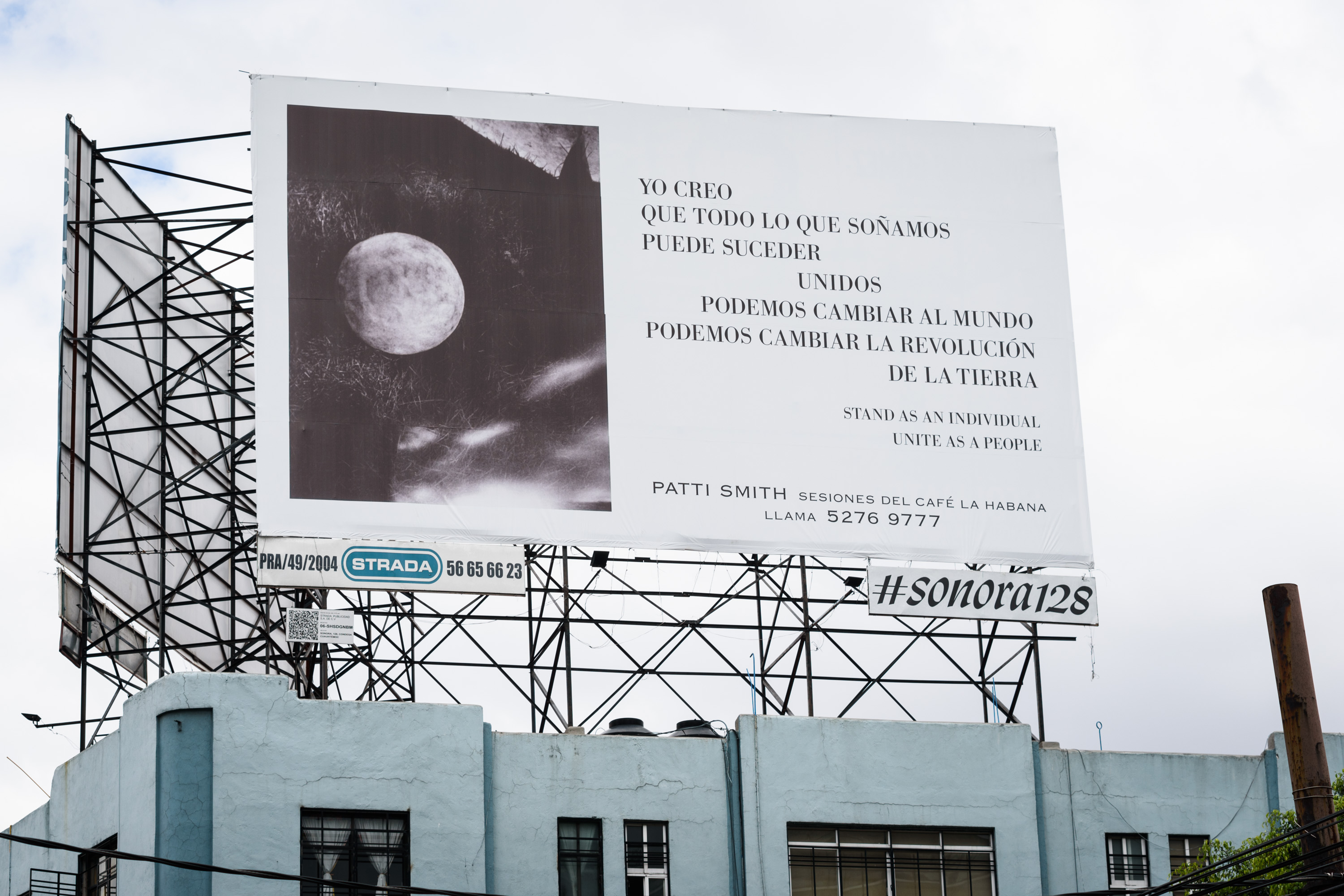 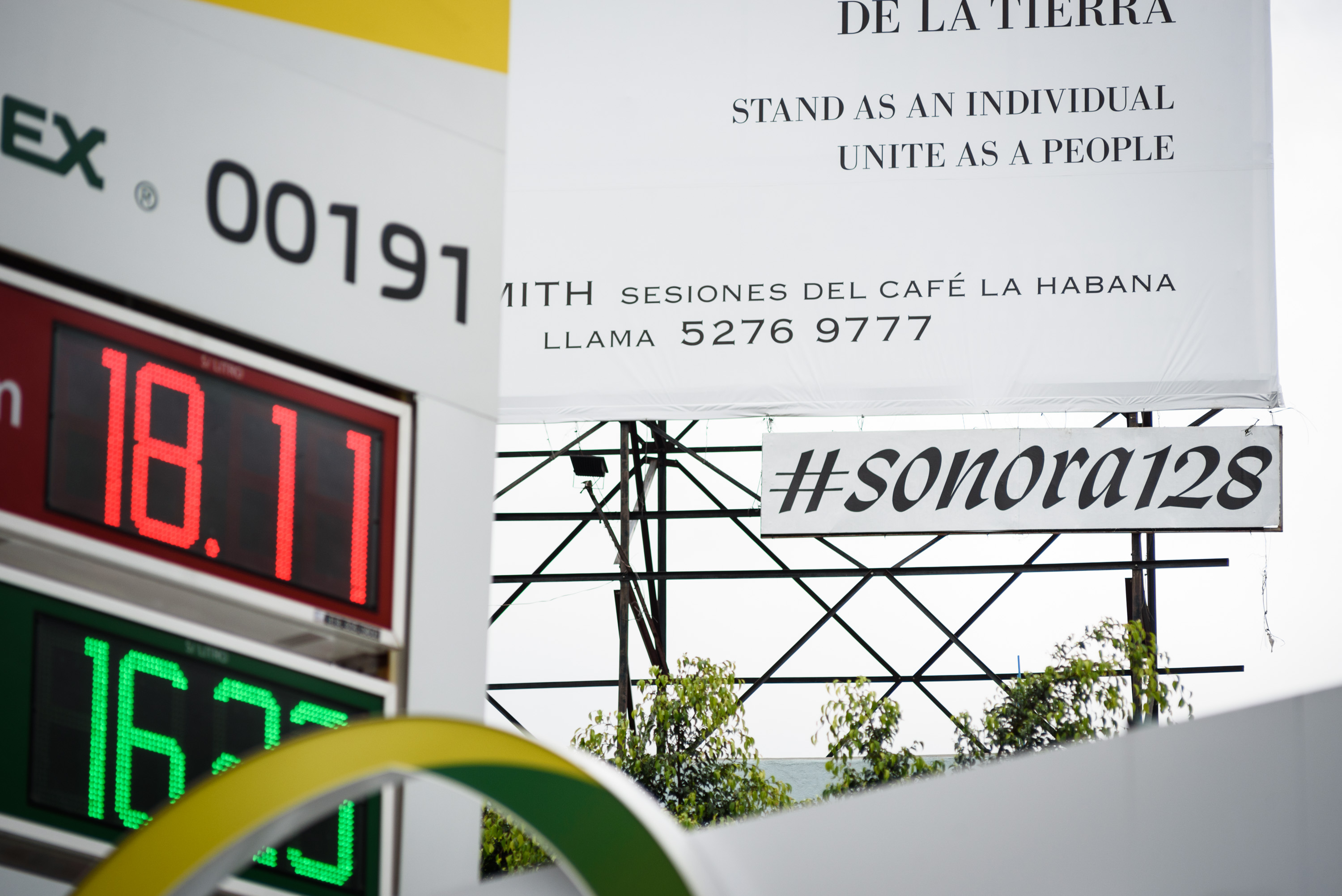 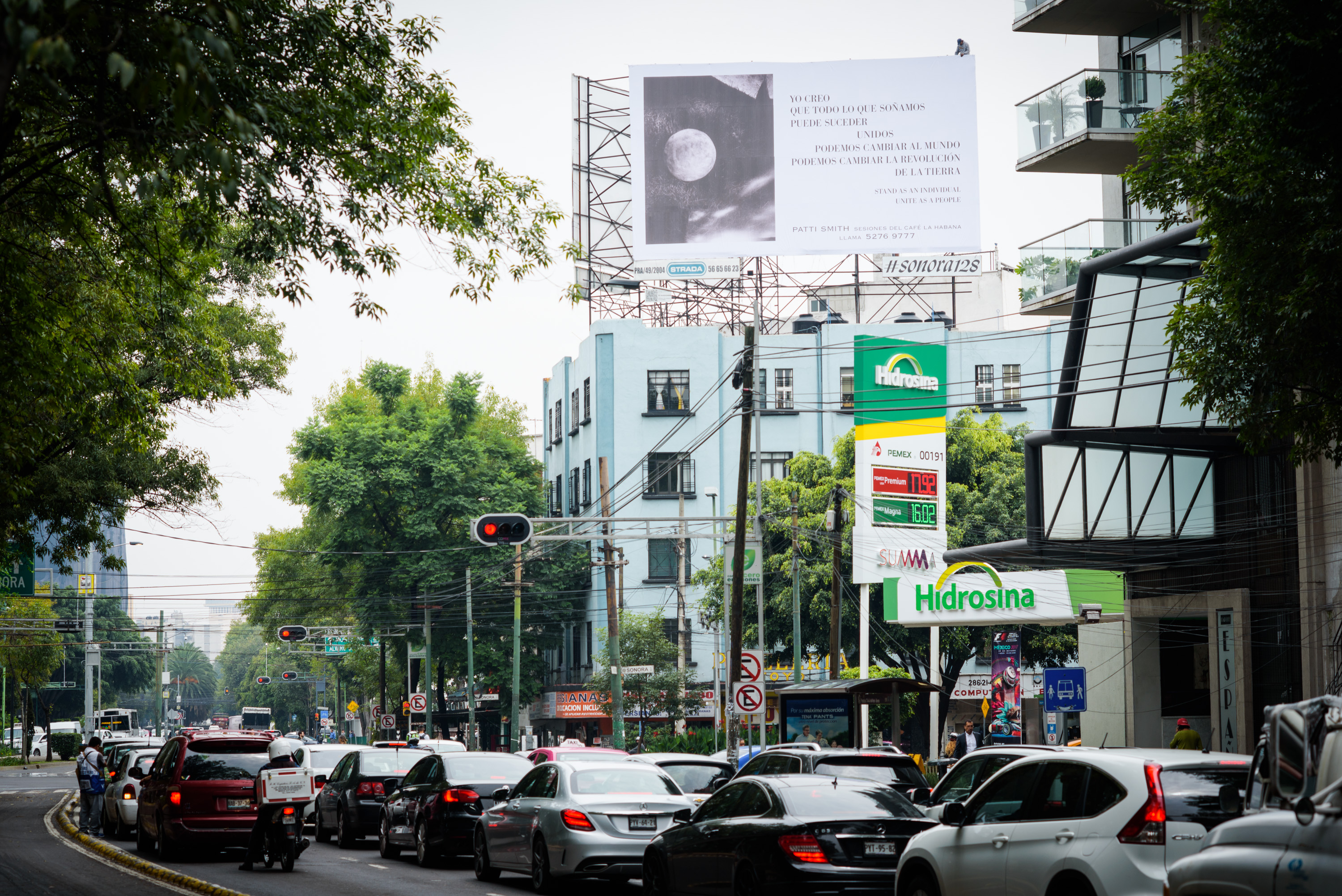 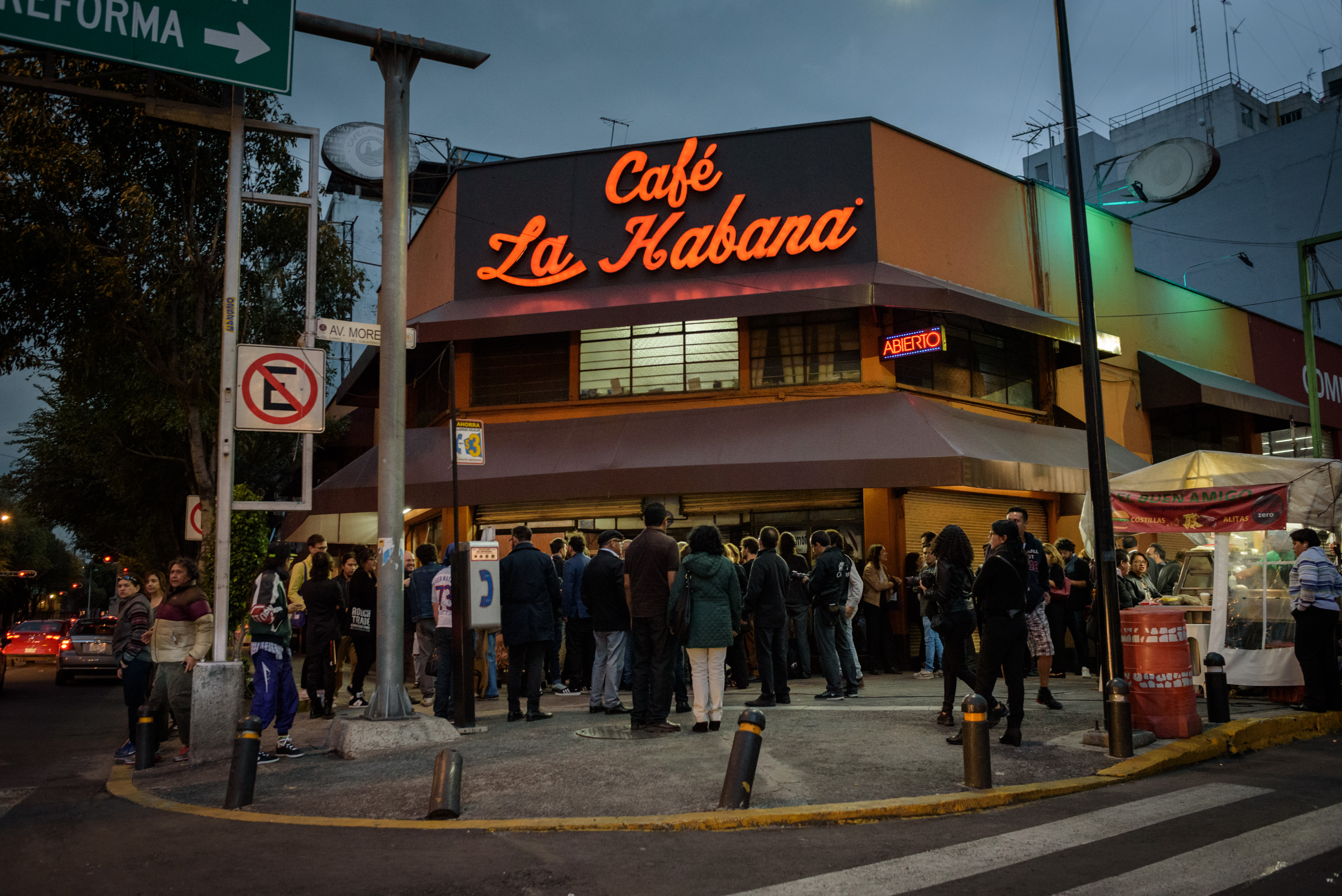 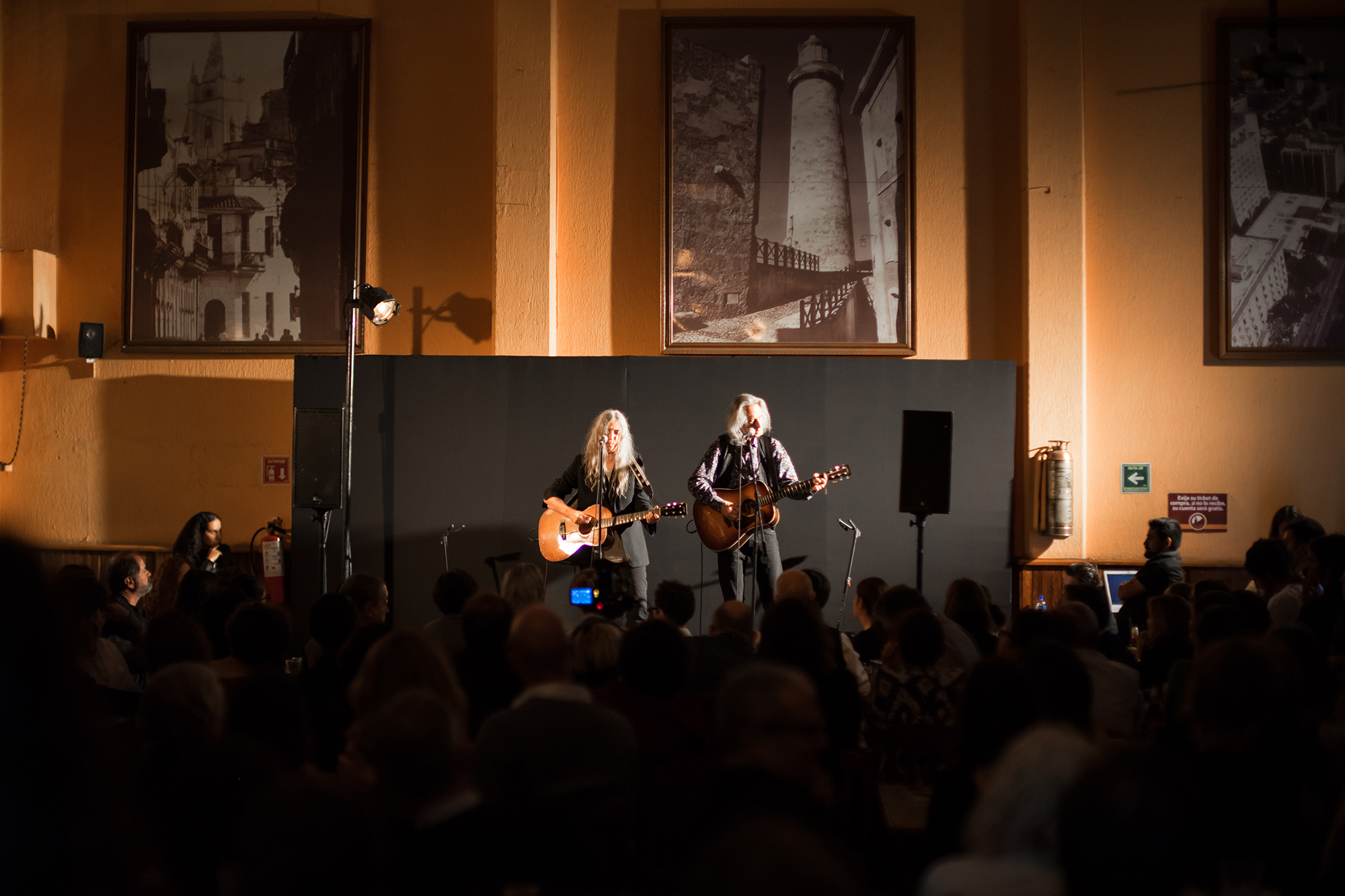 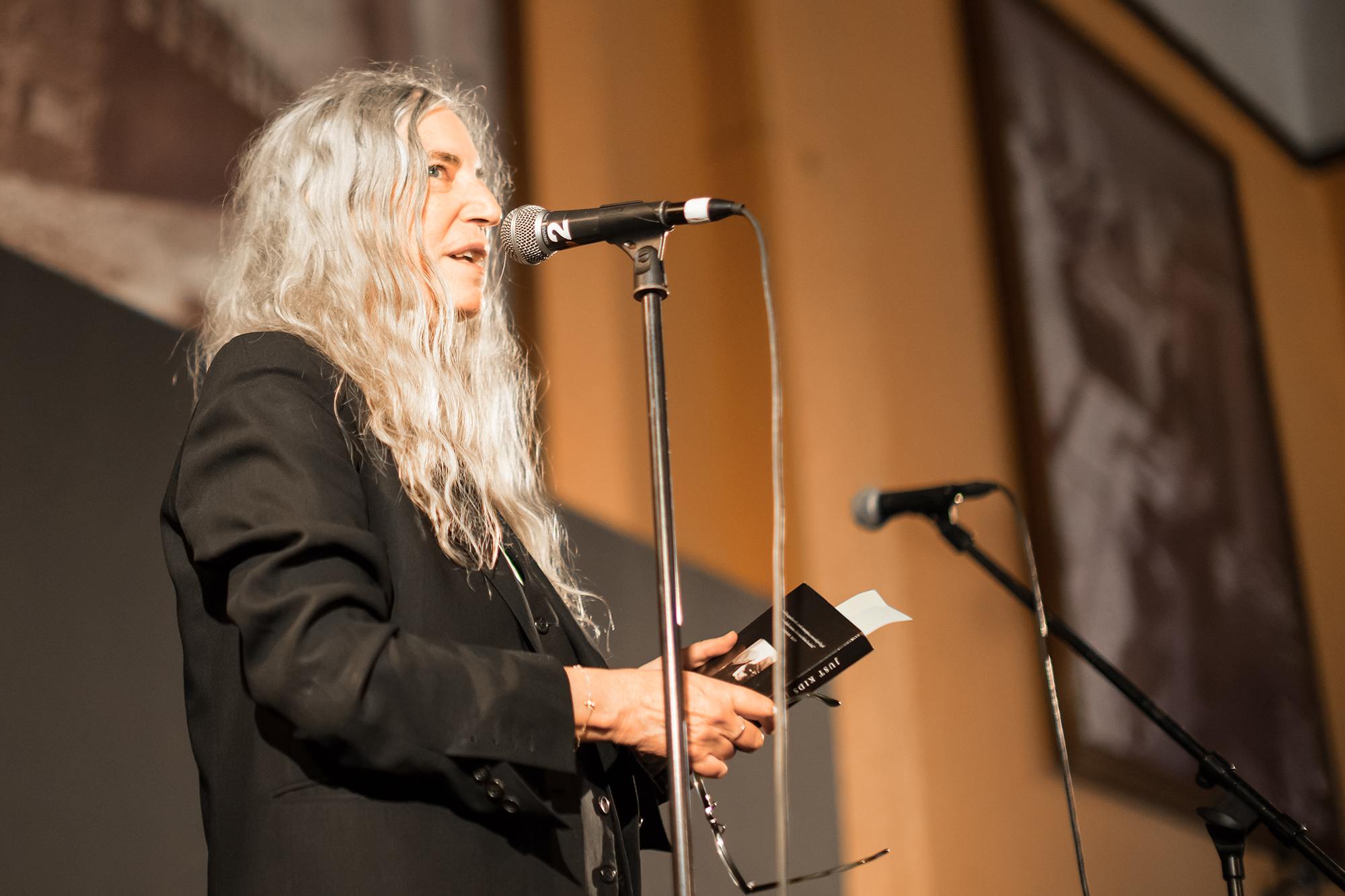 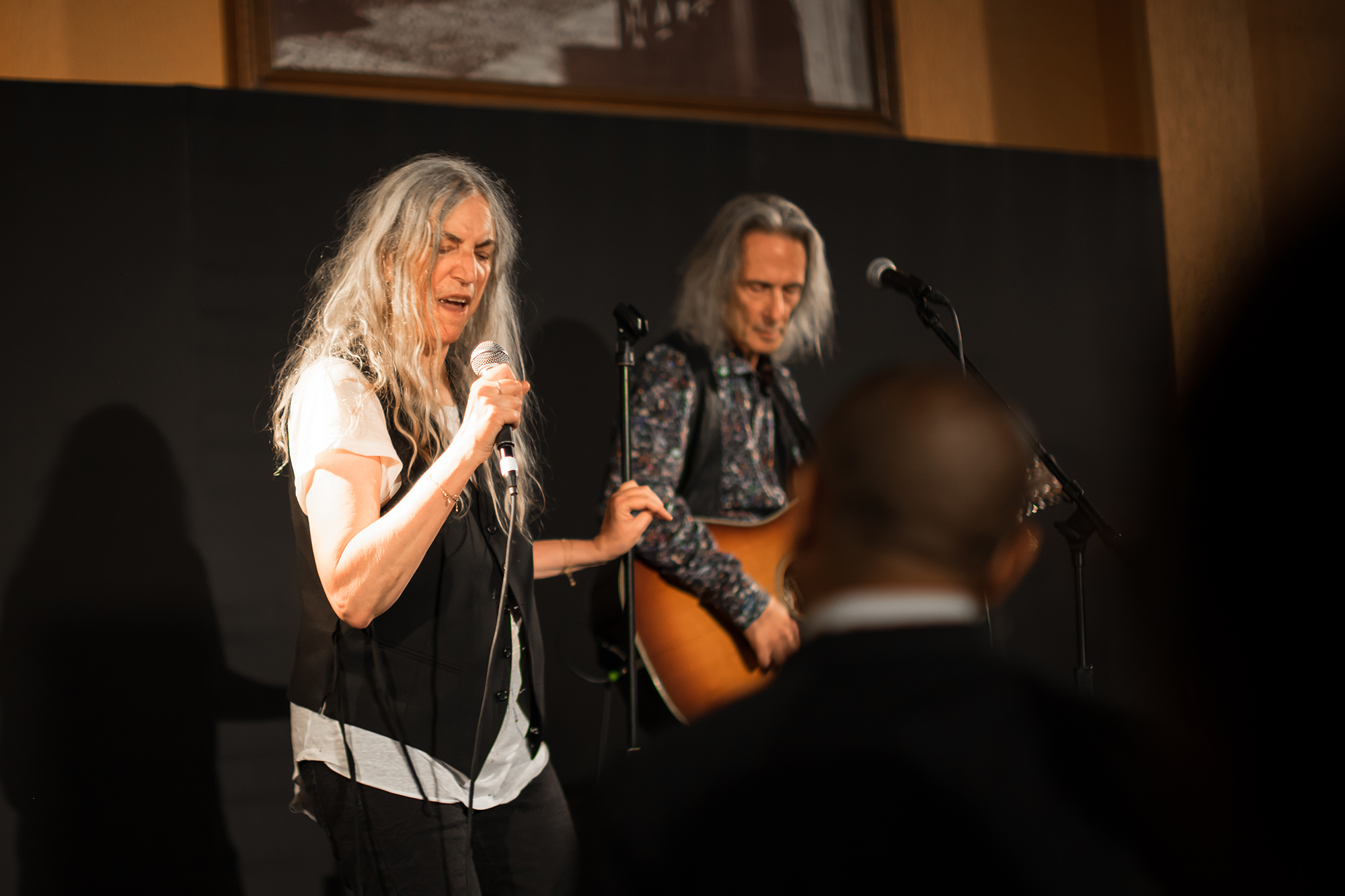 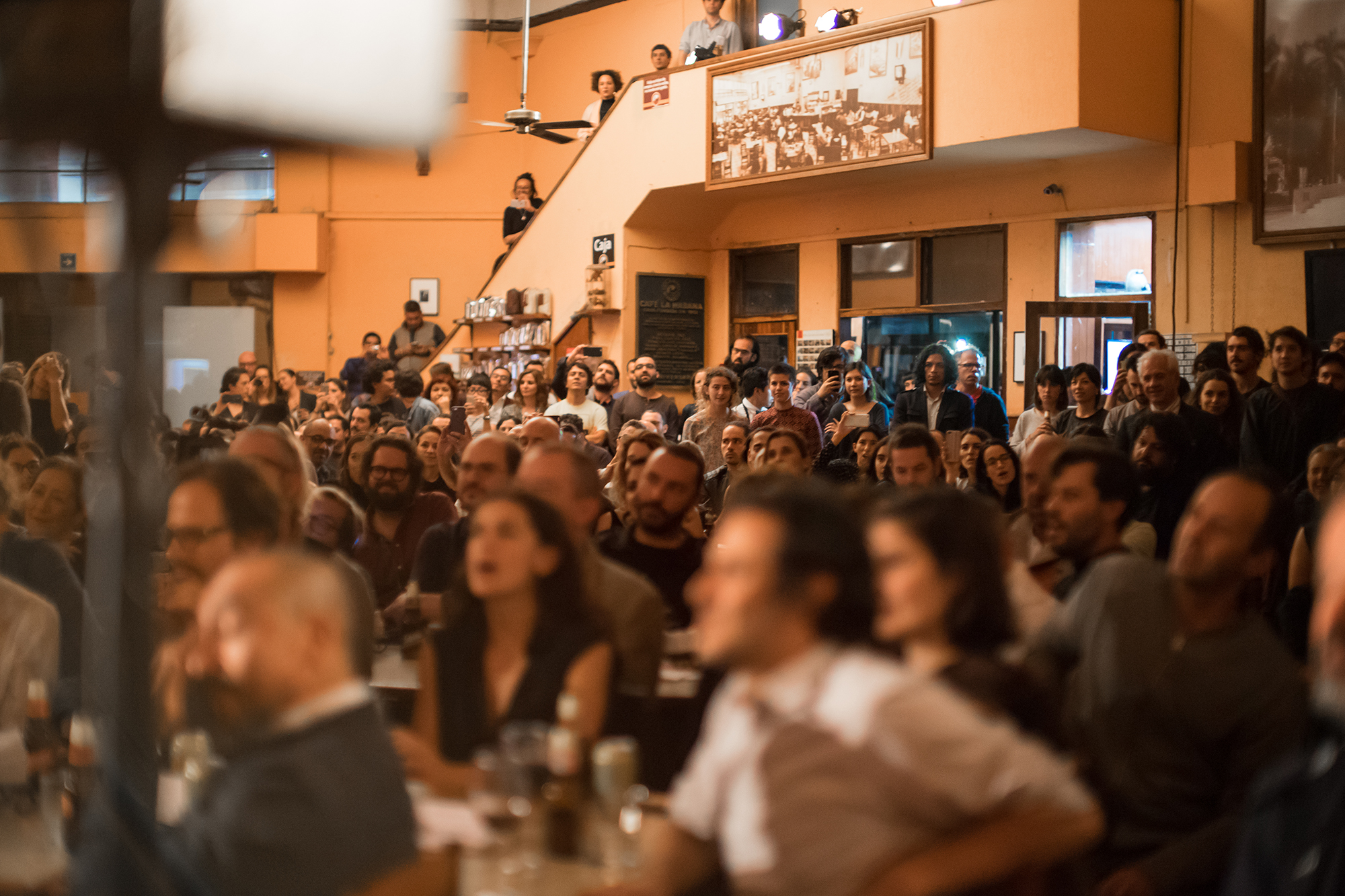 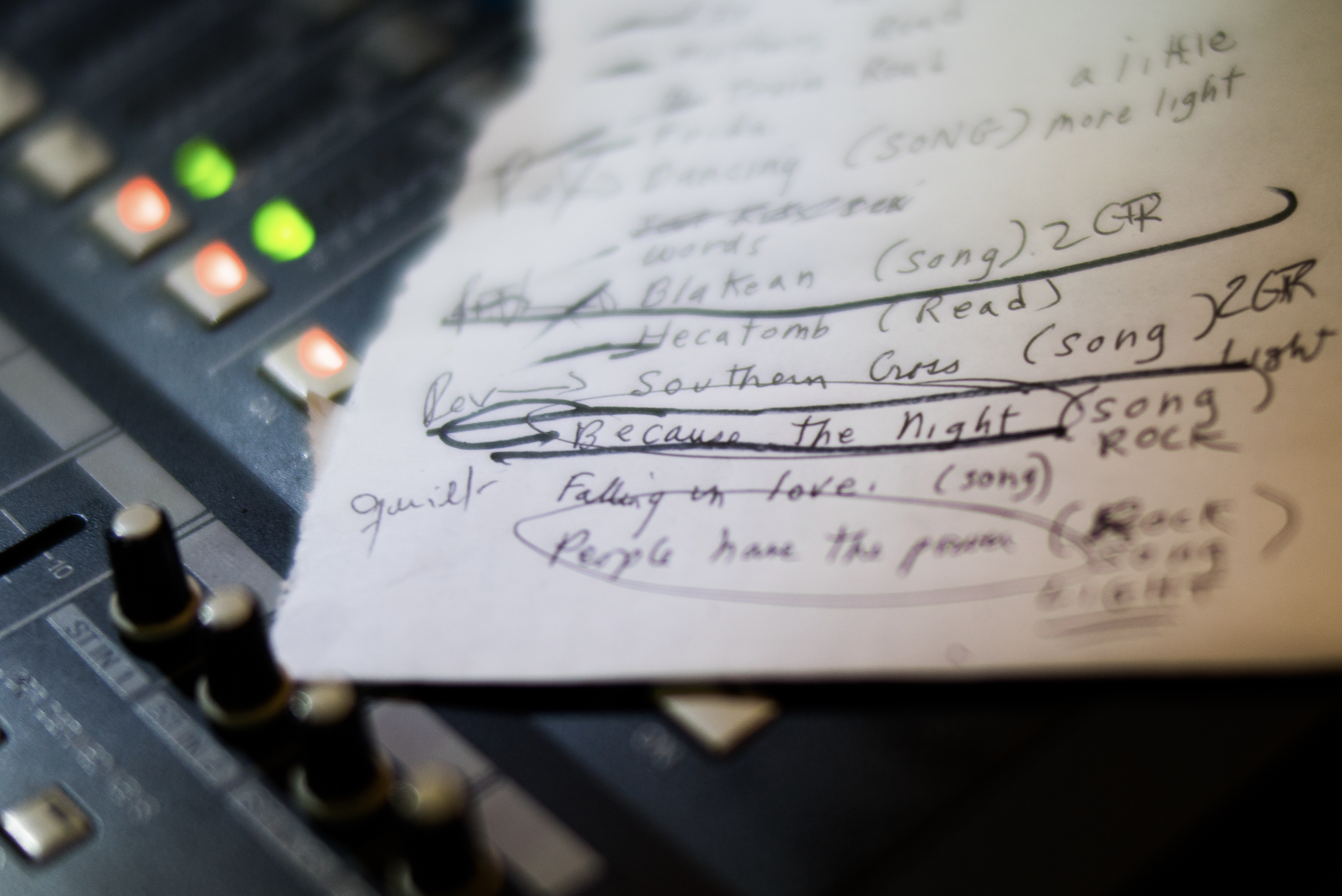 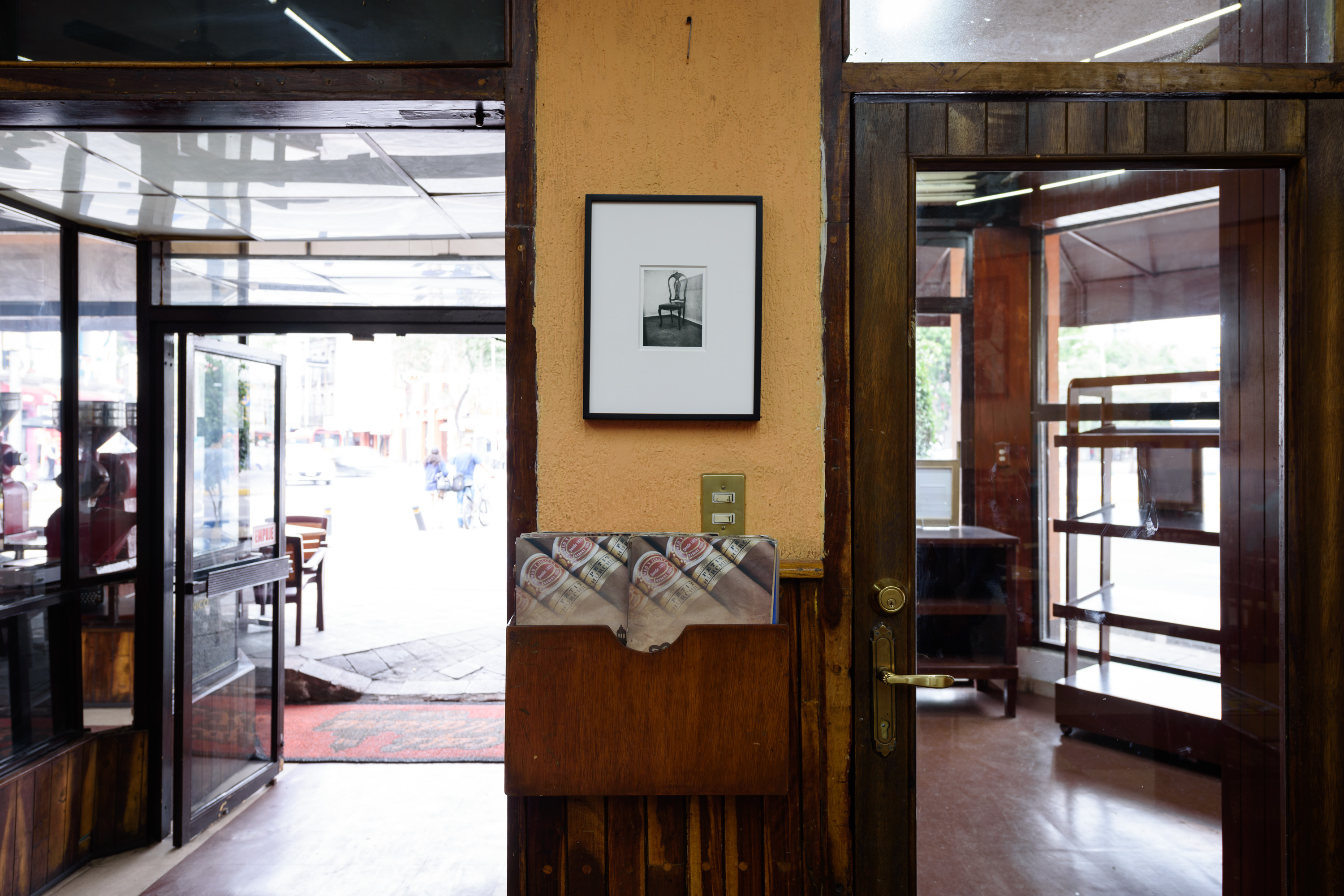 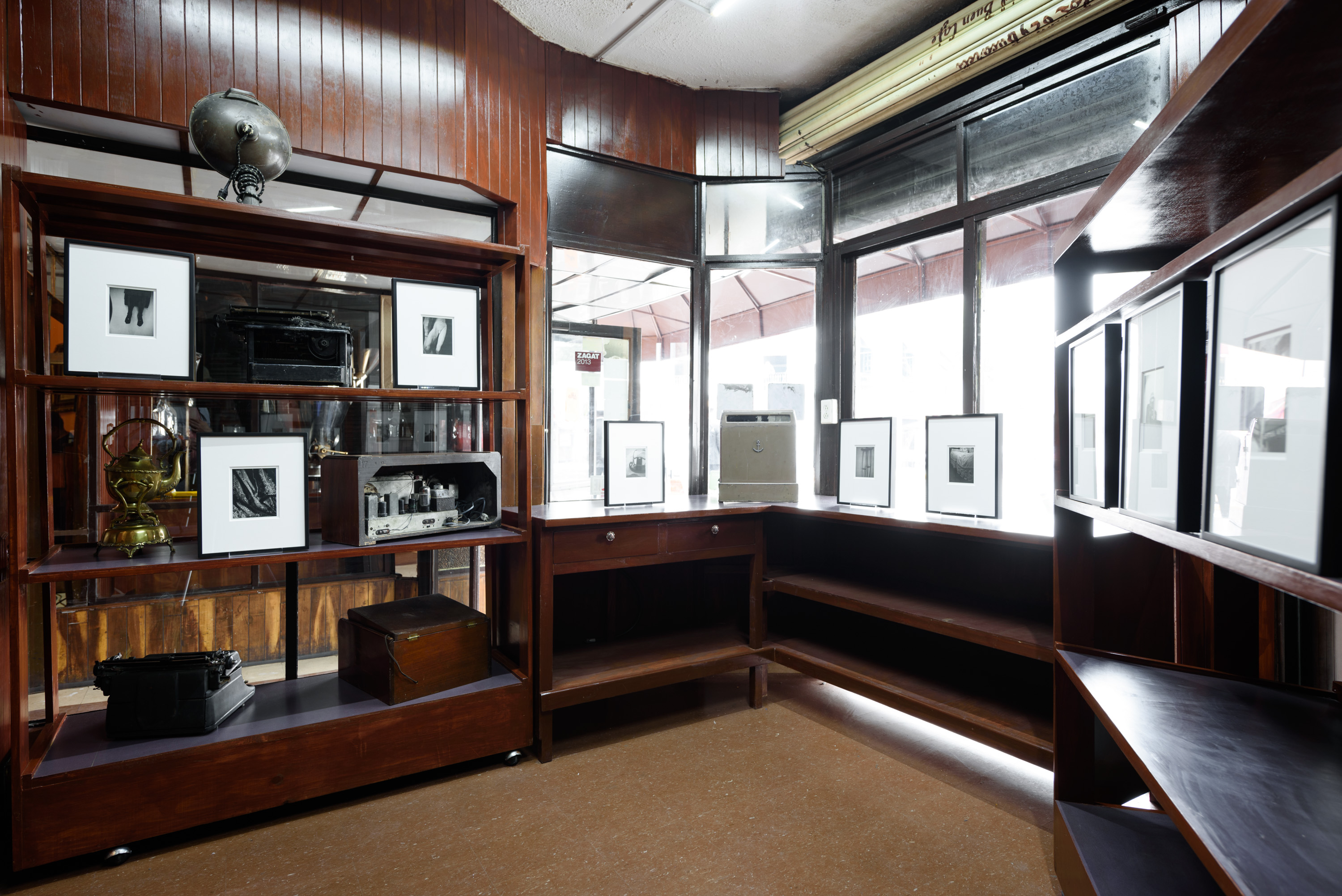 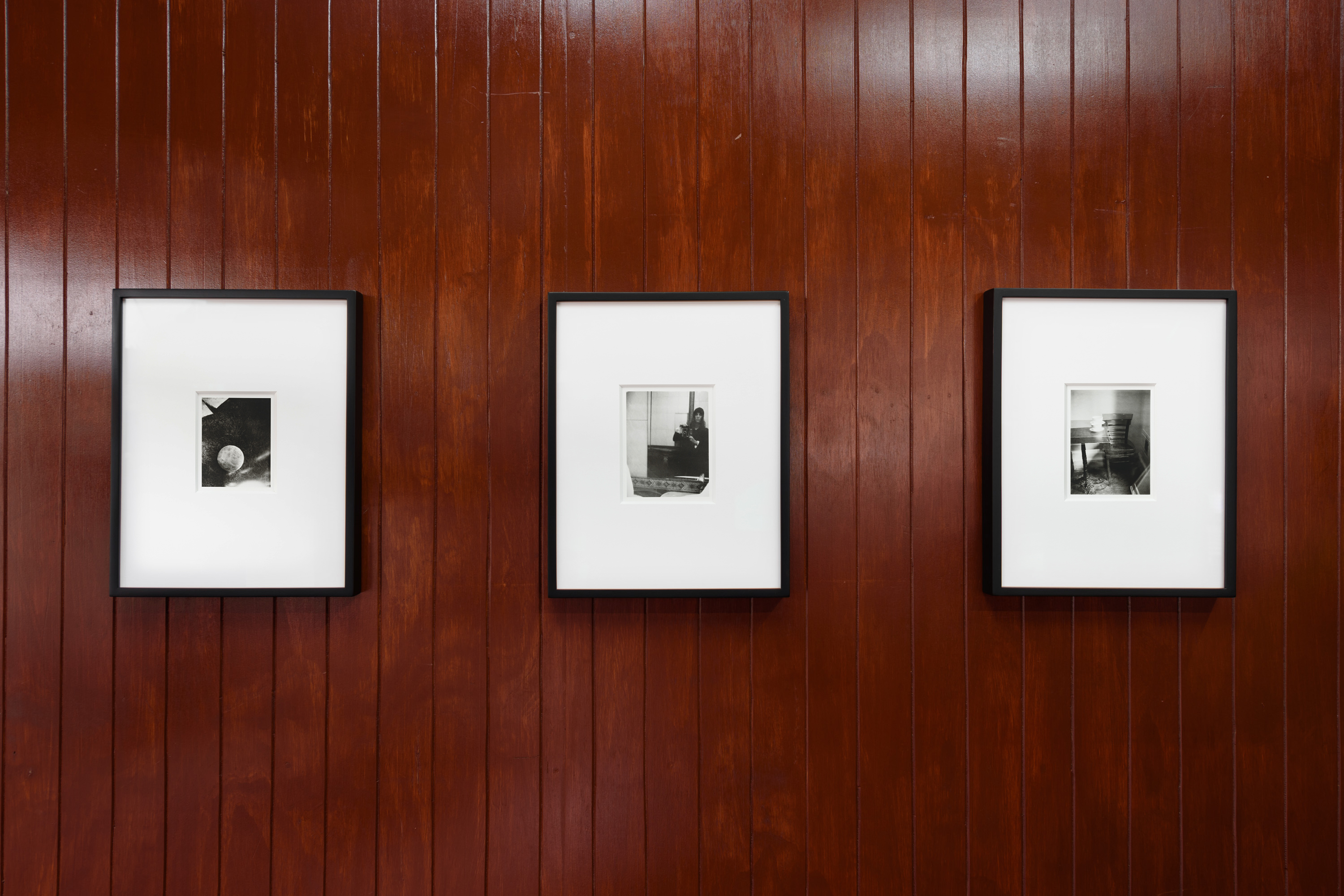 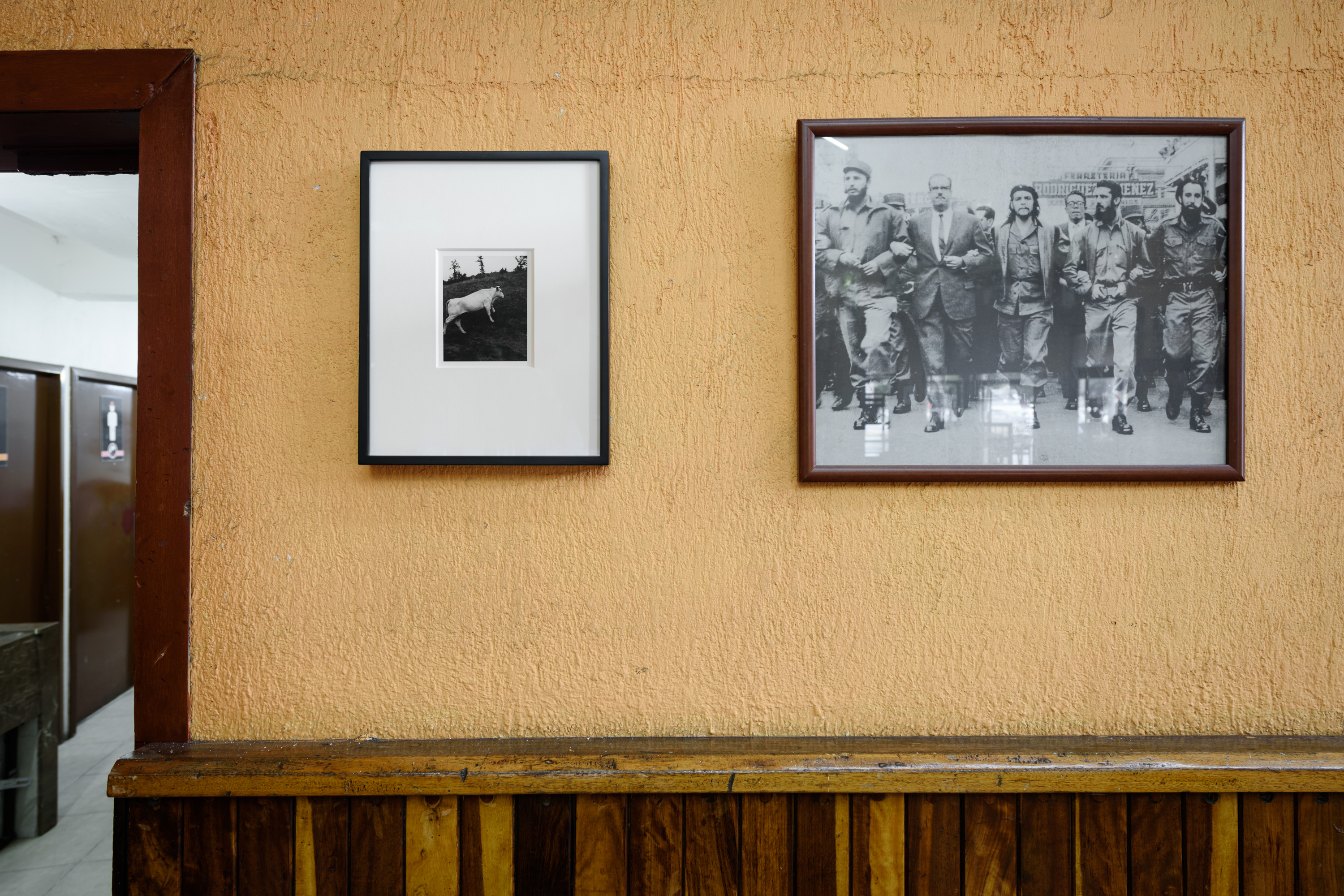 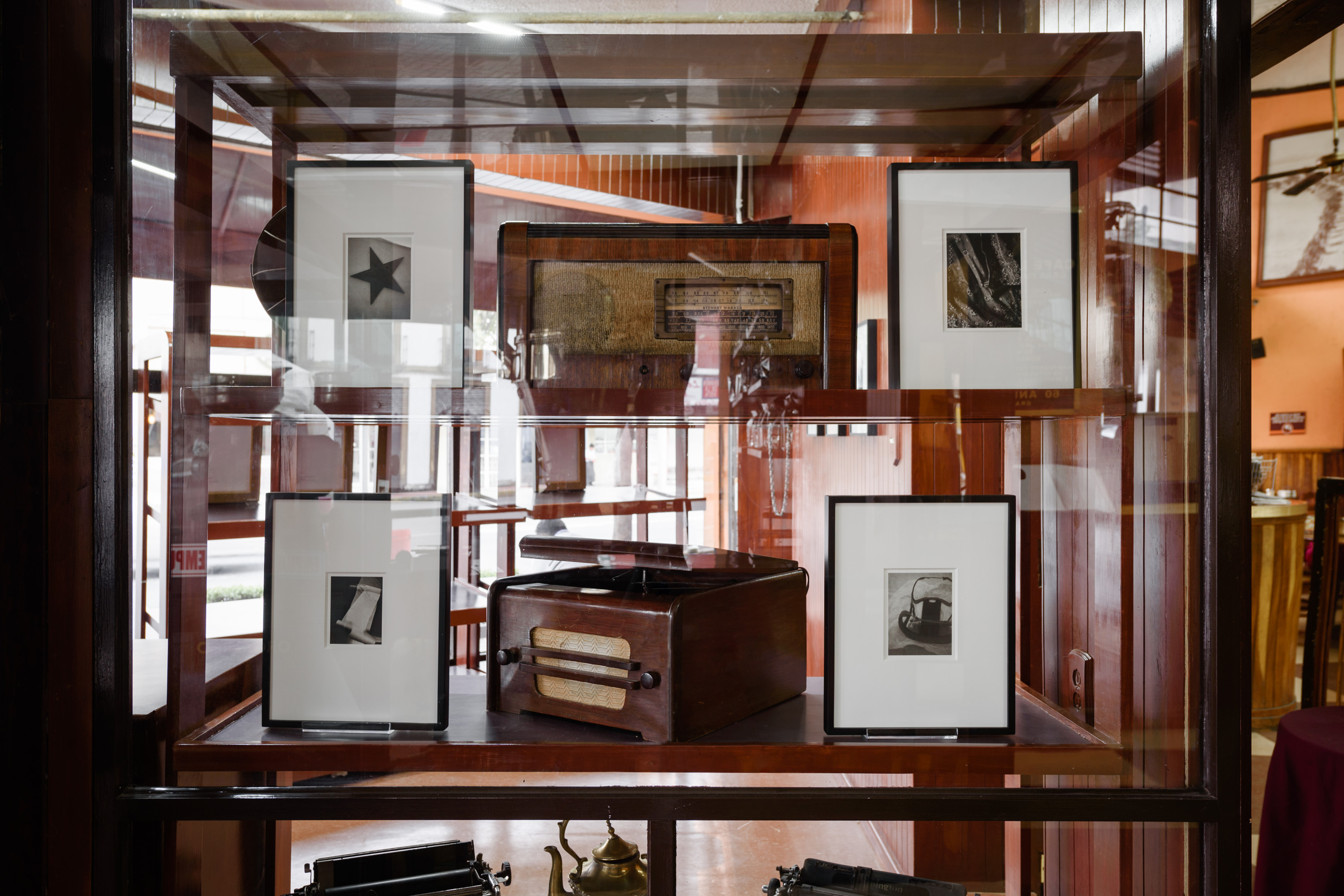 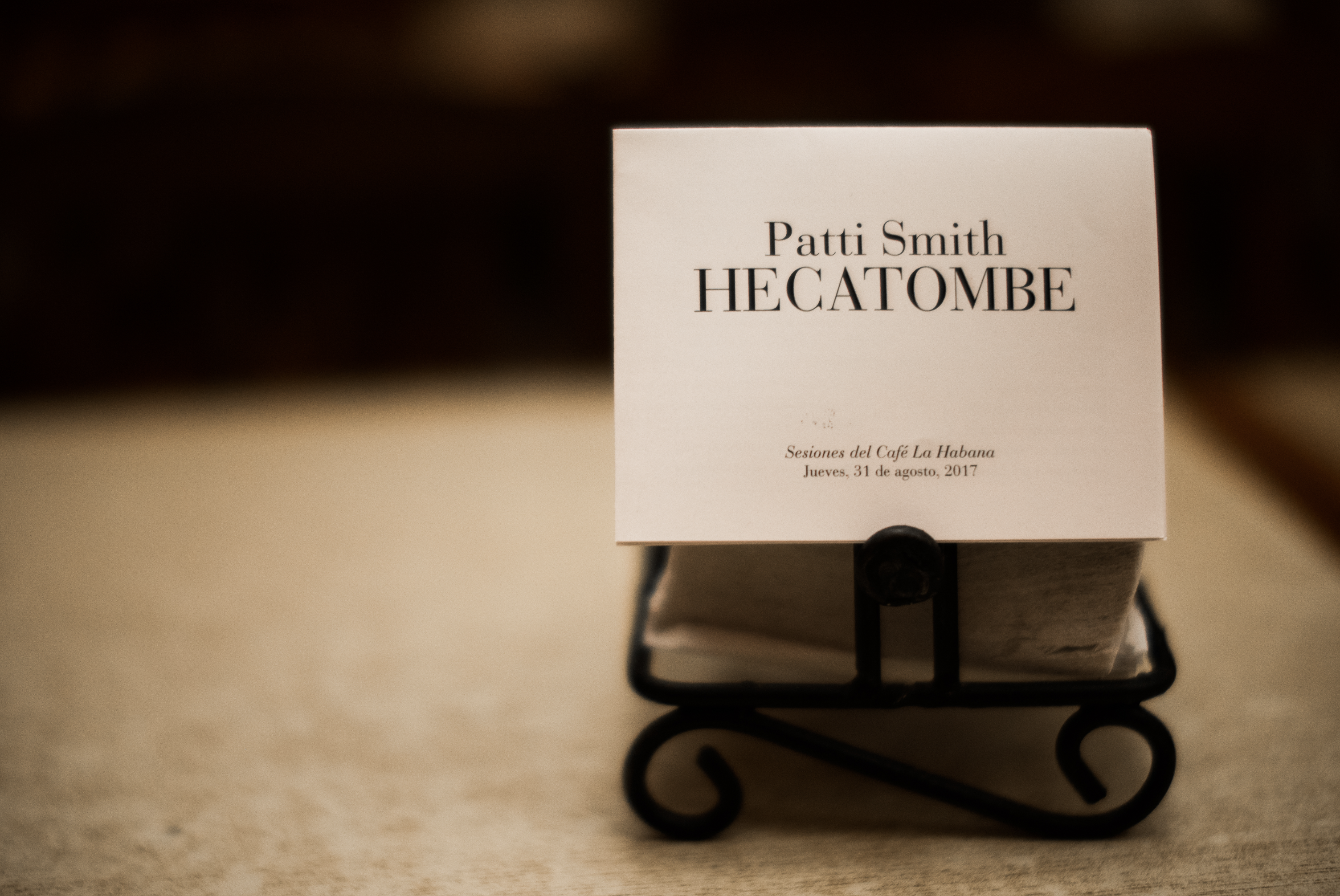 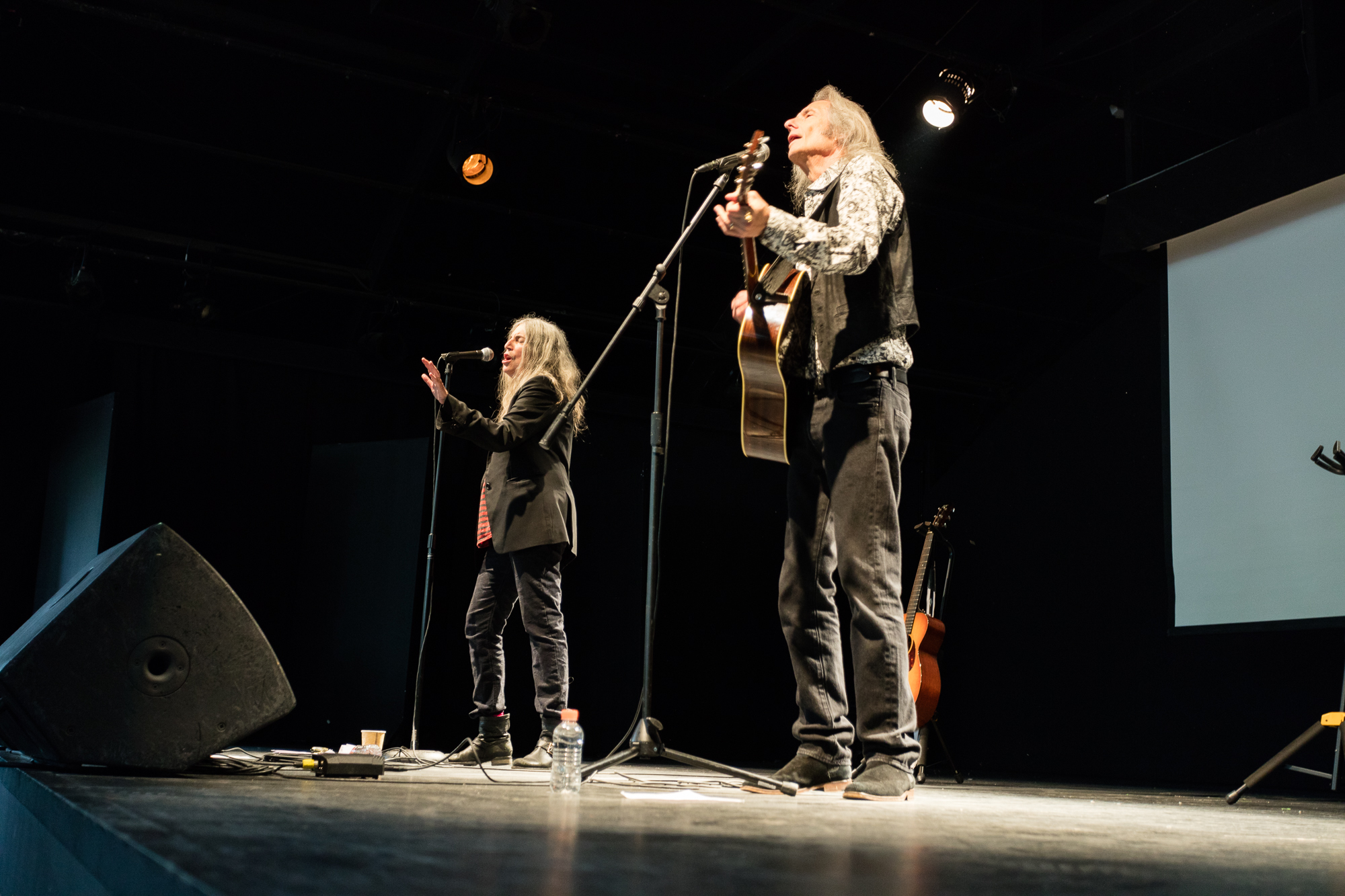 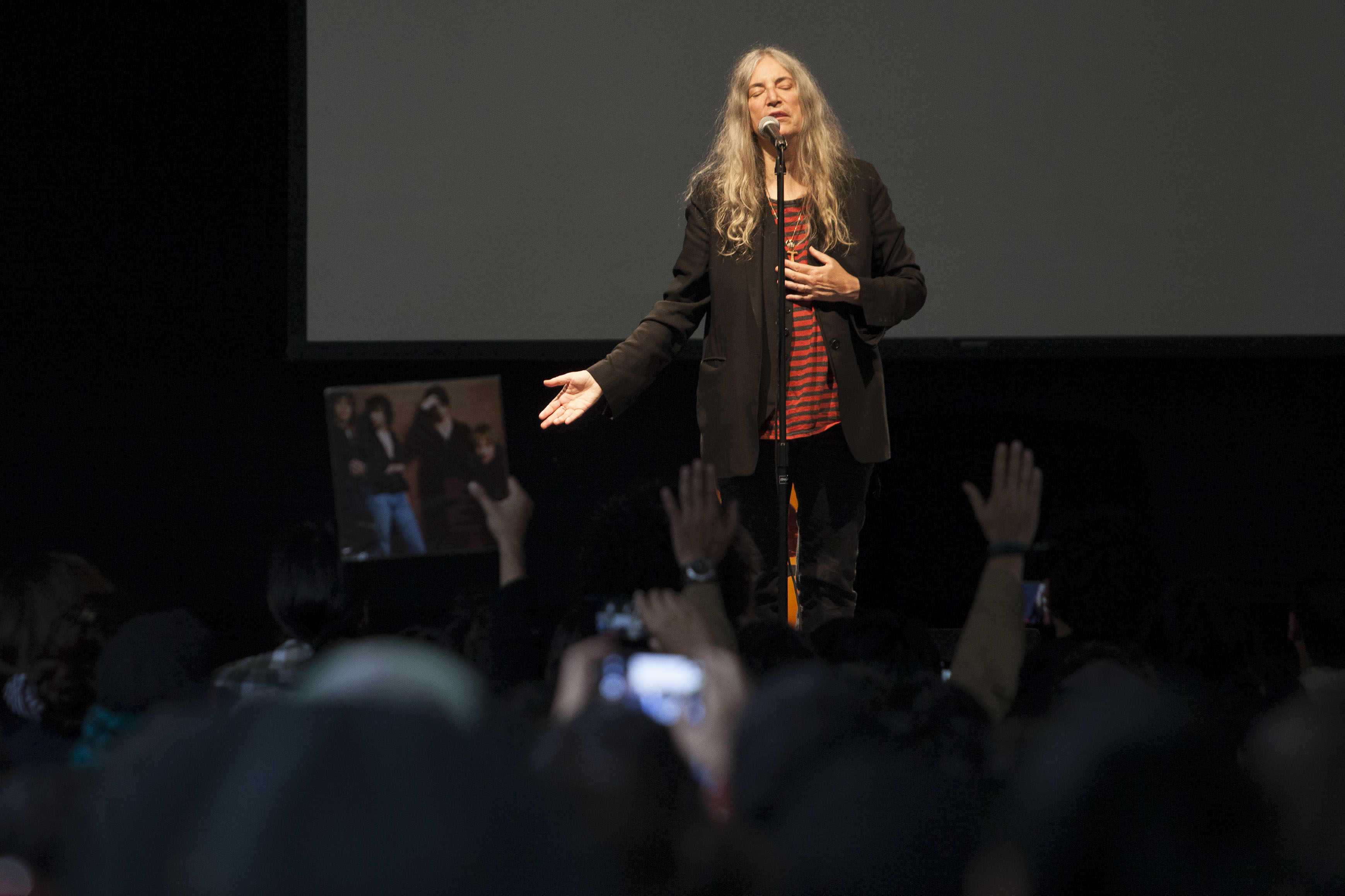 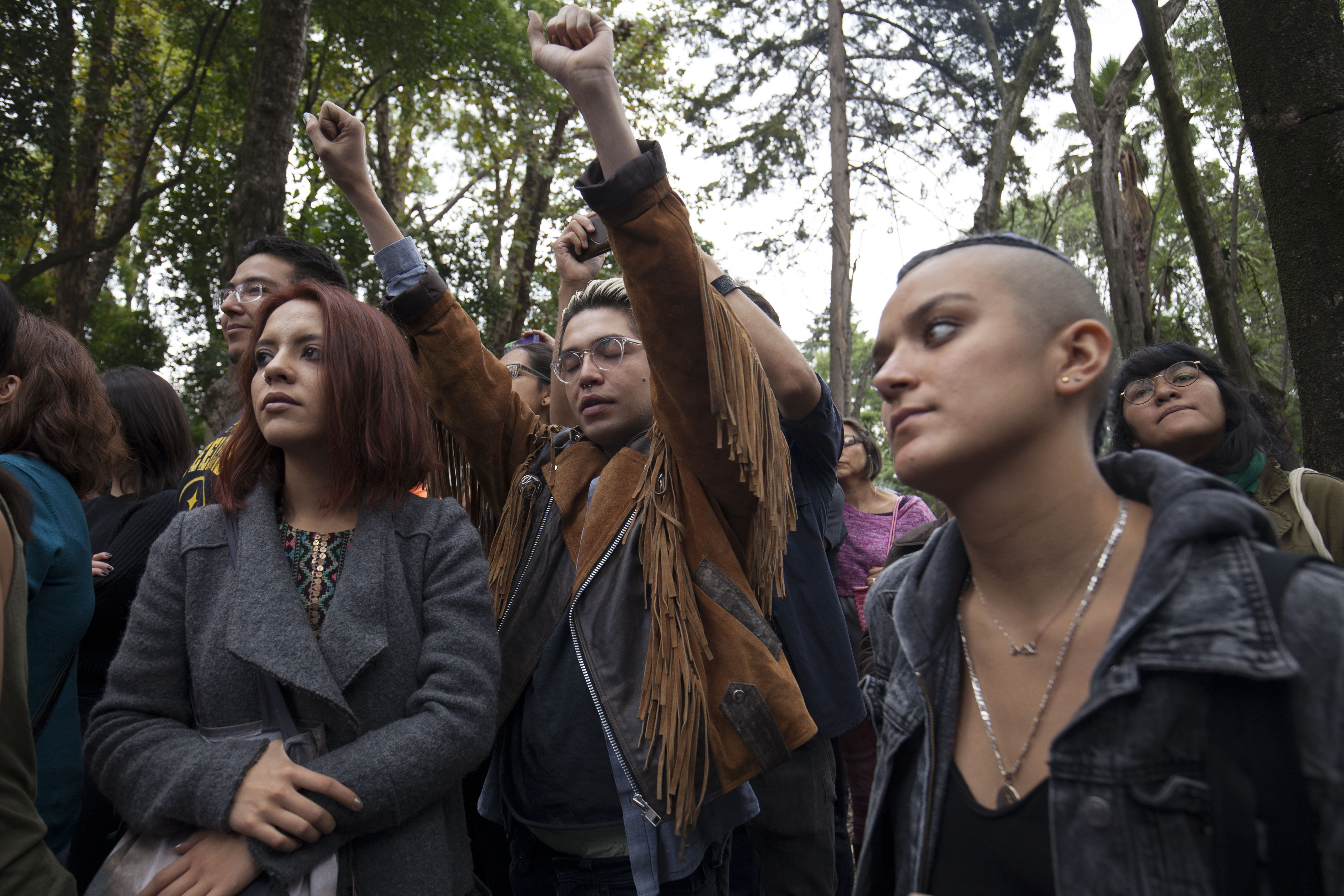 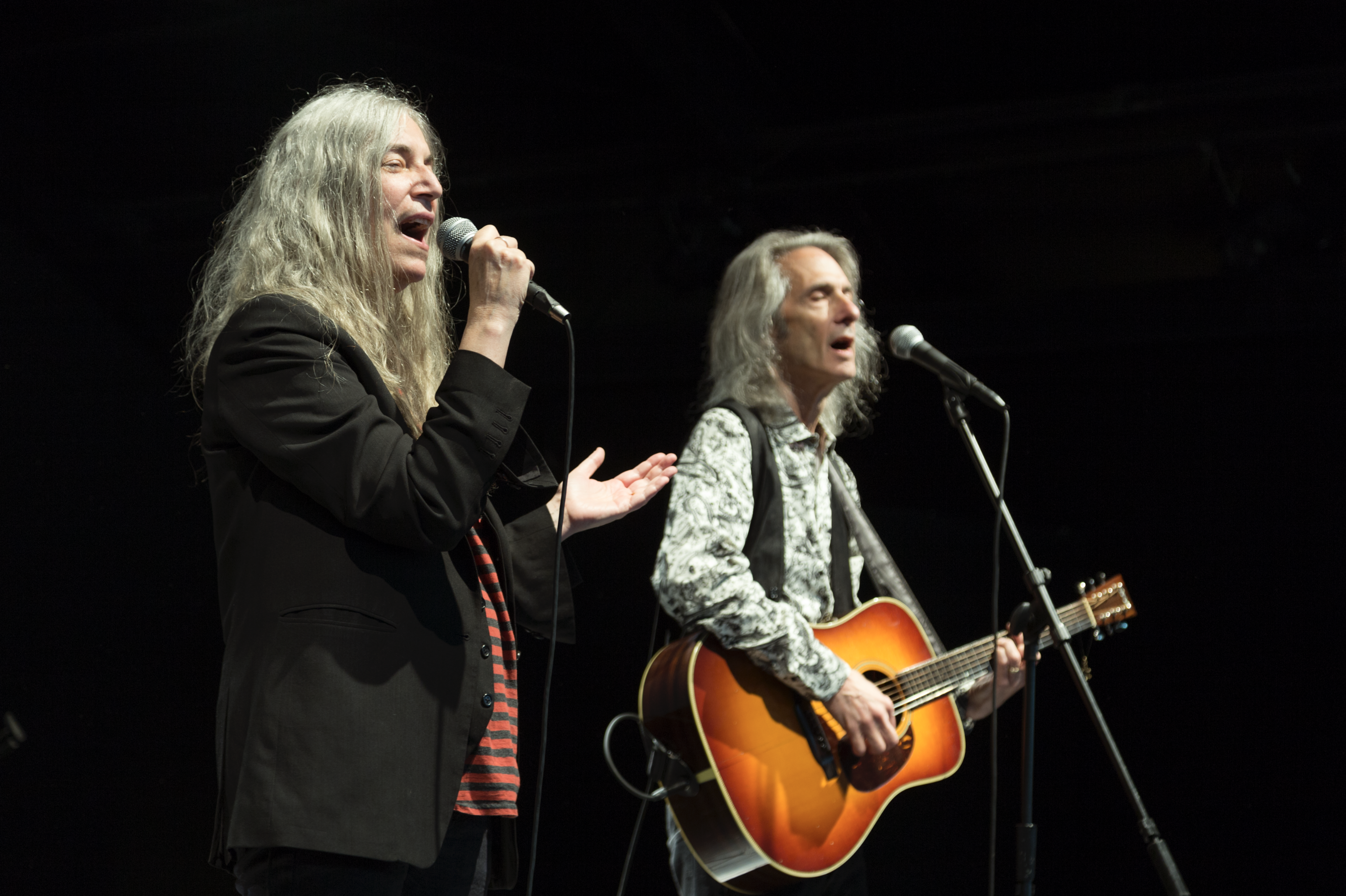 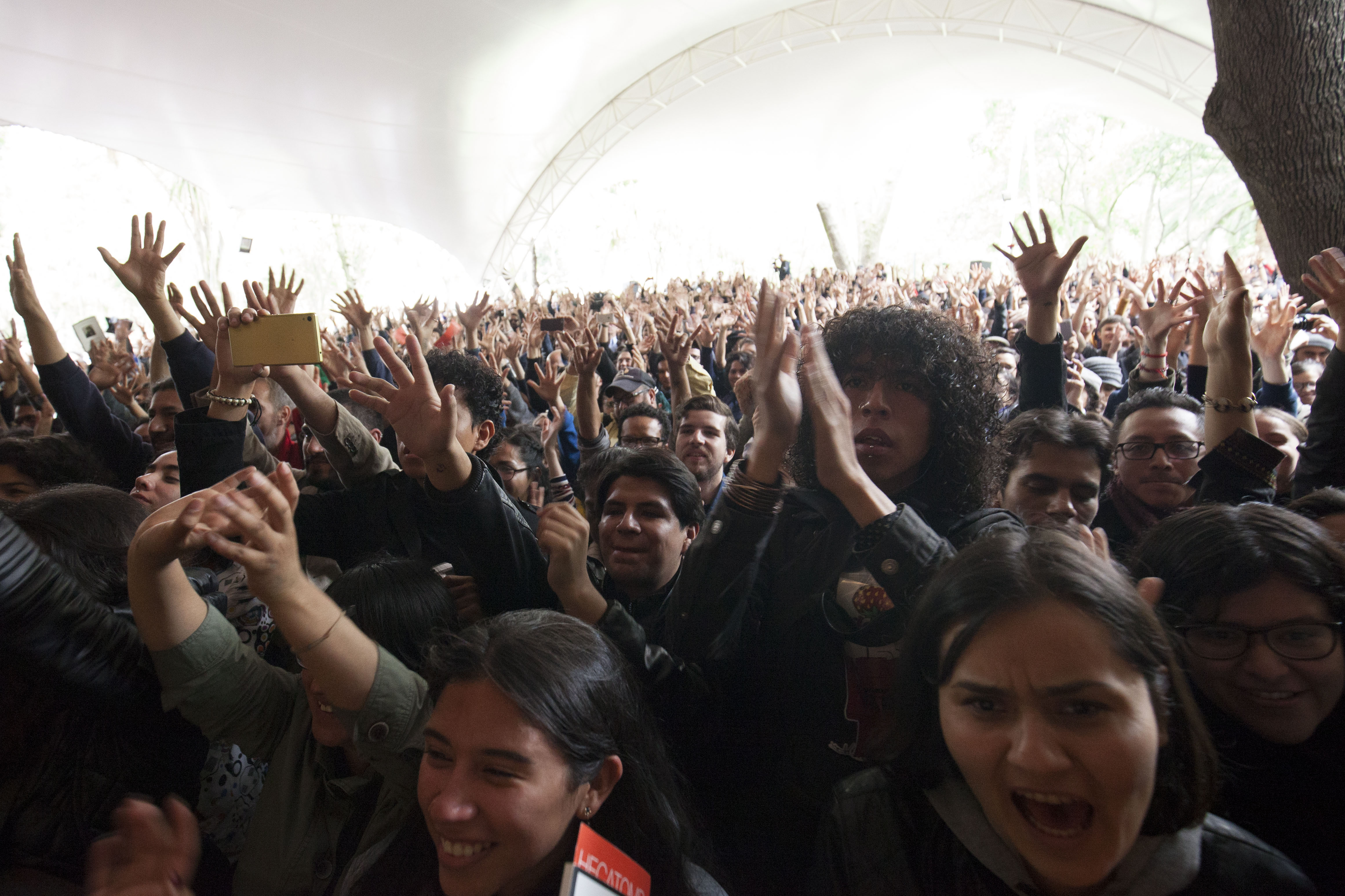 “An unwinding spool of obscure angles, a glass of tea, an opened journal, and a round metal table balanced with an empty matchbook. Cafés. Le Rouquet in Paris, Café Josephinum in Vienna, Bluebird Coffeeshop in Amsterdam, Ice Café in Sydney, Café Aquí in Tucson, Wow Café at Point Loma, Caffe Trieste in North Beach, Caffè del Professore in Naples, Café Uroxen in Uppsala, Lula Cafe in Logan Square, Lion Cafe in Shibuya, and Café Zoo in the Berlin train station.”

For its seventh edition, the public art project Sonora 128 presents Patti Smith. A poet, artist, and performer, Smith returns to Mexico City with the Café La Habana Sessions. Inspired by the idea that a café is not a place, but a state of mind, Smith continues her reflection on the act of artistic creation and the alchemy that unites artists together across time and space. Referring to a brotherhood of mental bonds that keeps ideas alive, Patti Smith salutes the force of the individual and celebrates the collective power of the people.

The Café La Habana Sessions is a series of works and performances organized throughout several locations in Mexico City from September 1st to November 30th, 2017. The title of the project comes from Café La Habana in Mexico City’s Colonia Juárez. A famed coffeehouse established in 1954, its Formica tabletops bore witness to writers and revolutionaries such as Roberto Bolaño, Octavio Paz, Fidel Castro and Che Guevara. Interweaving history by drawing upon a personal canon, Smith exhibits a group of photographs throughout the café, evoking a journey across the landscape of the mind, as a detective of artistic heritage.

Simultaneously, Patti Smith debuted a billboard for Sonora 128 in Colonia Condesa, Mexico City. Presenting a lyrical photographic poem, stamped by the commanding refrain: stand as an individual / unite as a people, Smith´s billboard takes the format of an interactive work pointing to the action of individuals and the personal mental space where imaginative ideas are grown. From the outset, viewers are able to call the Café La Habana hotline number, as advertised on the bottom of the billboard, to hear a personal Café La Habana Session from Smith, available 24/7.  (+52 55 52 76 97 77)

Finally, Smith presented a Café La Habana Session in the form of a poetry reading and public performance with her longtime collaborator Lenny Kaye at the Casa del Lago in Chapultepec Park on Saturday, September 2nd at 1 pm. In 2012, Patti Smith composed Hecatomb, a 100 line poem in remembrance of Roberto Bolaño and his masterpiece 2666. The inspiration for Smith’s poem is drawn from the mention of a ritual slaughter of hundred oxen in Bolaño’s Amulet. For the first time since its composition, Smith read this poem in public along with works that speak to the potential of art and literature to offer hope.

A café is not a place, but a state of mind.