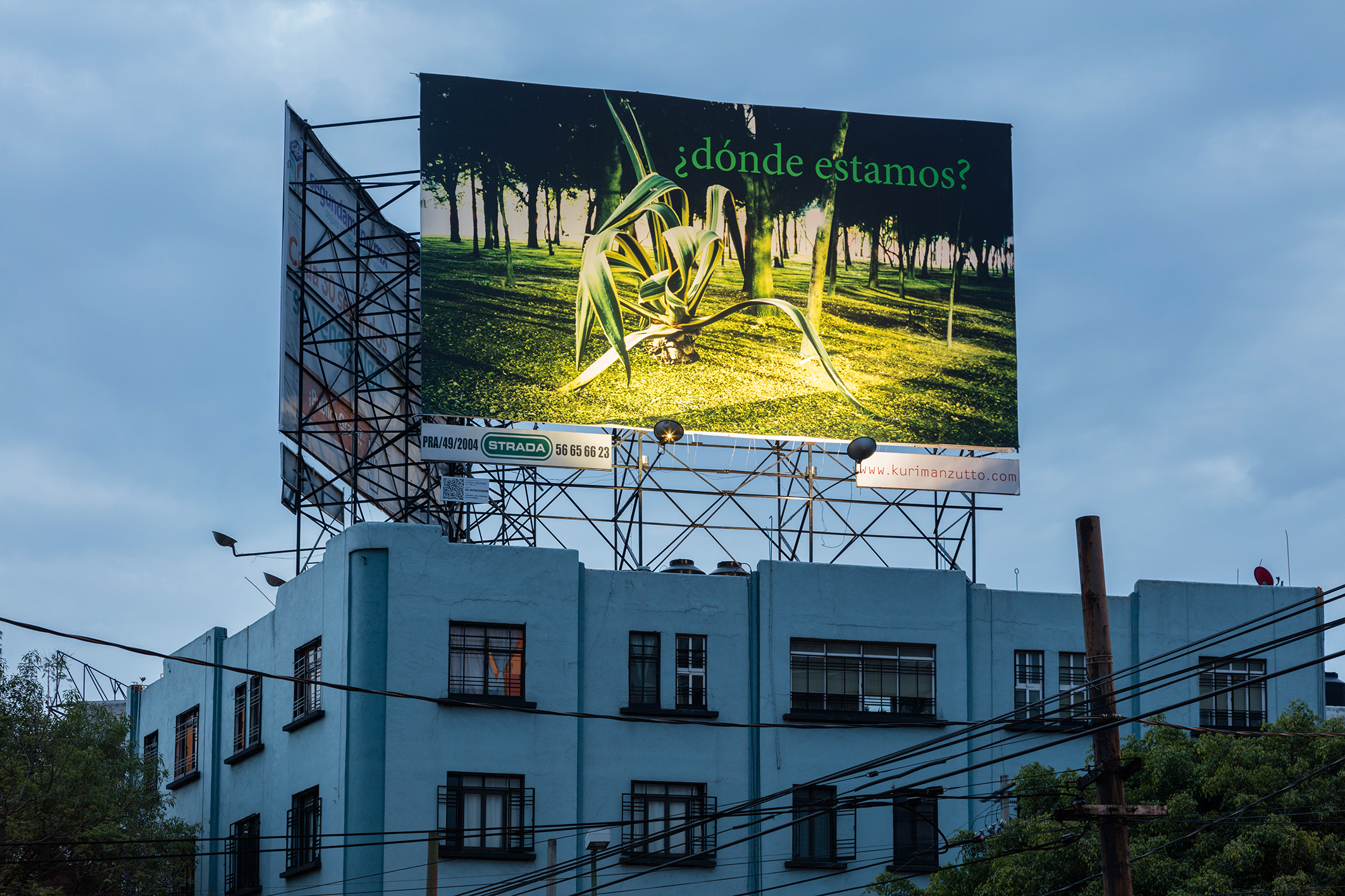 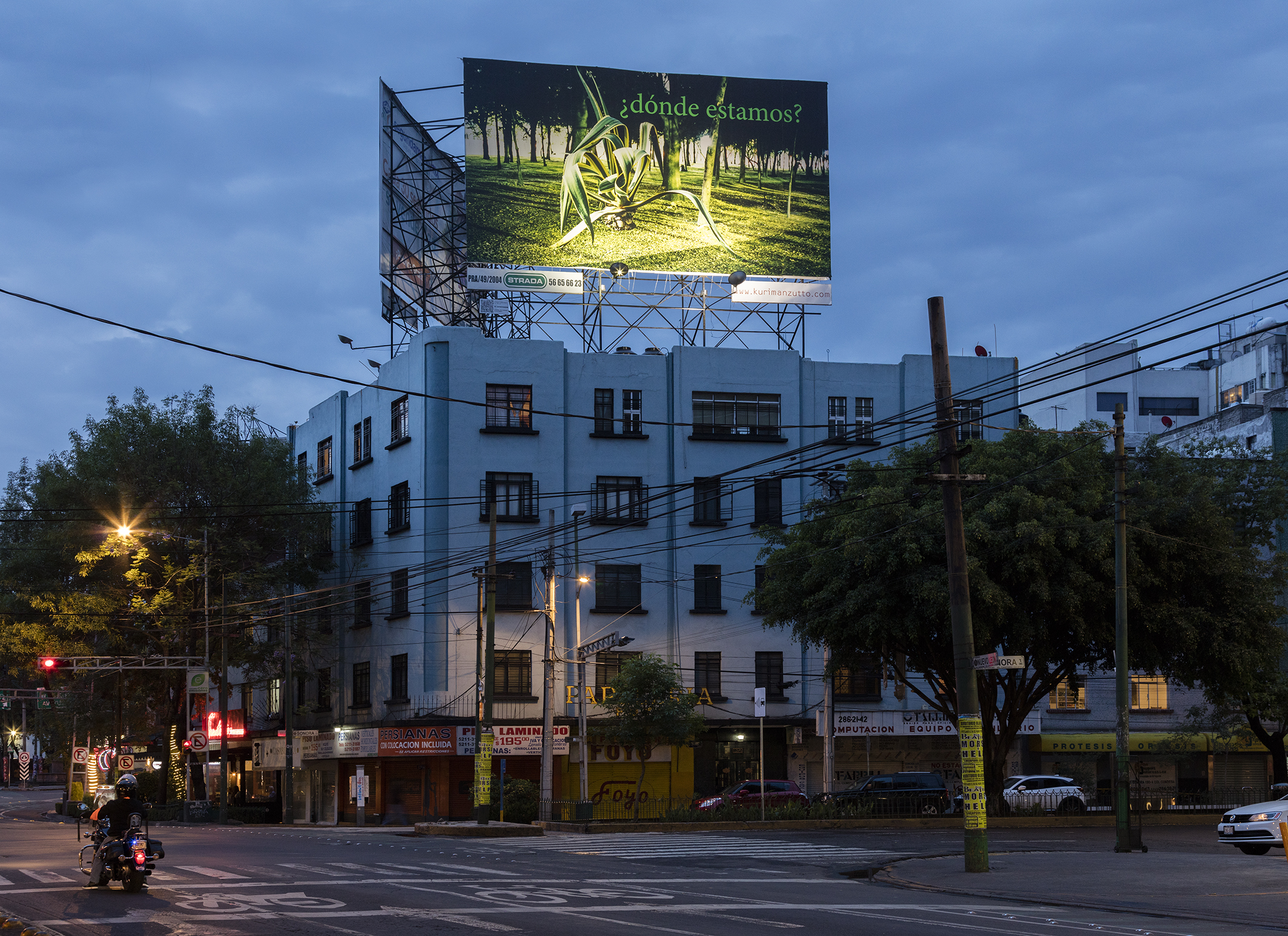 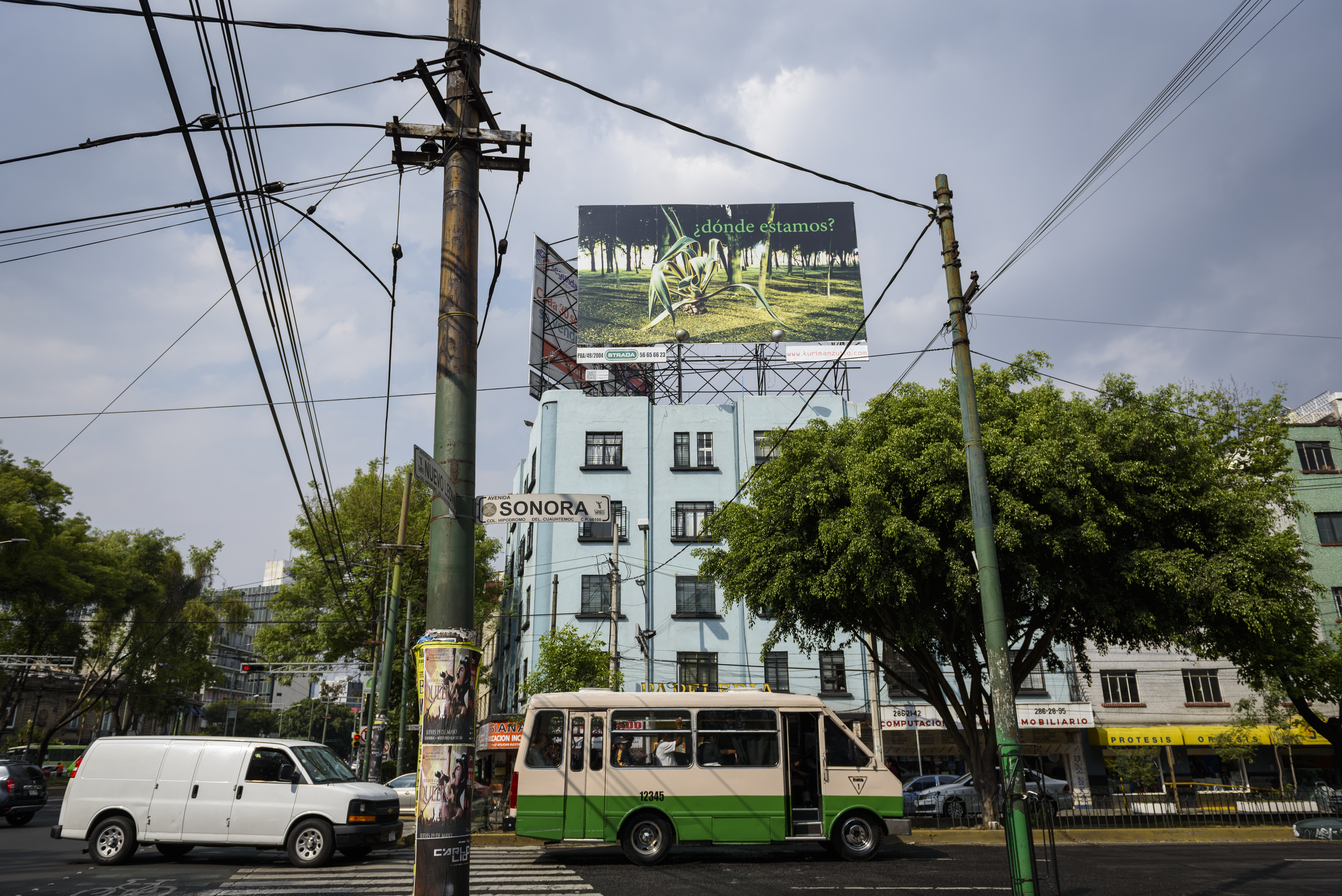 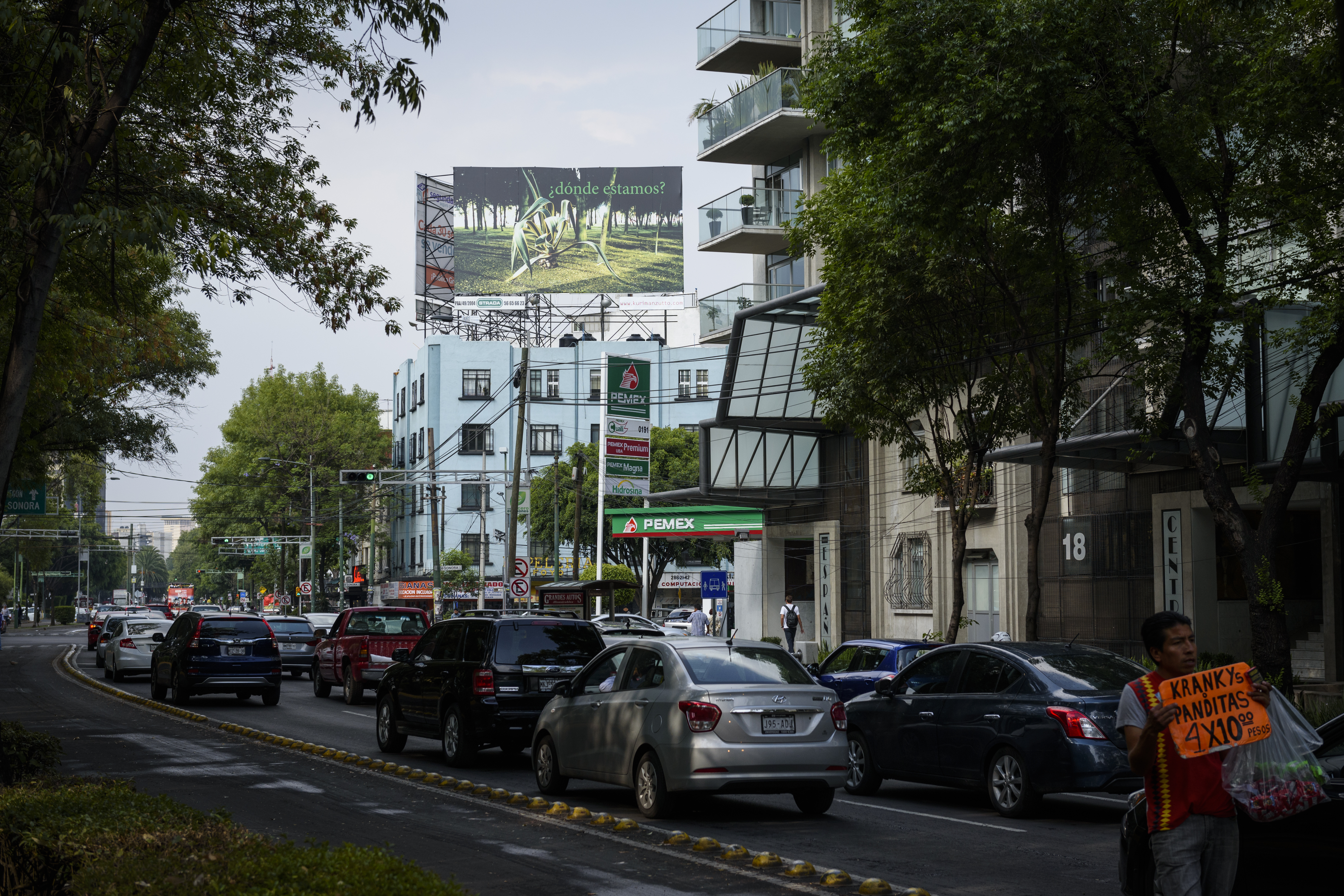 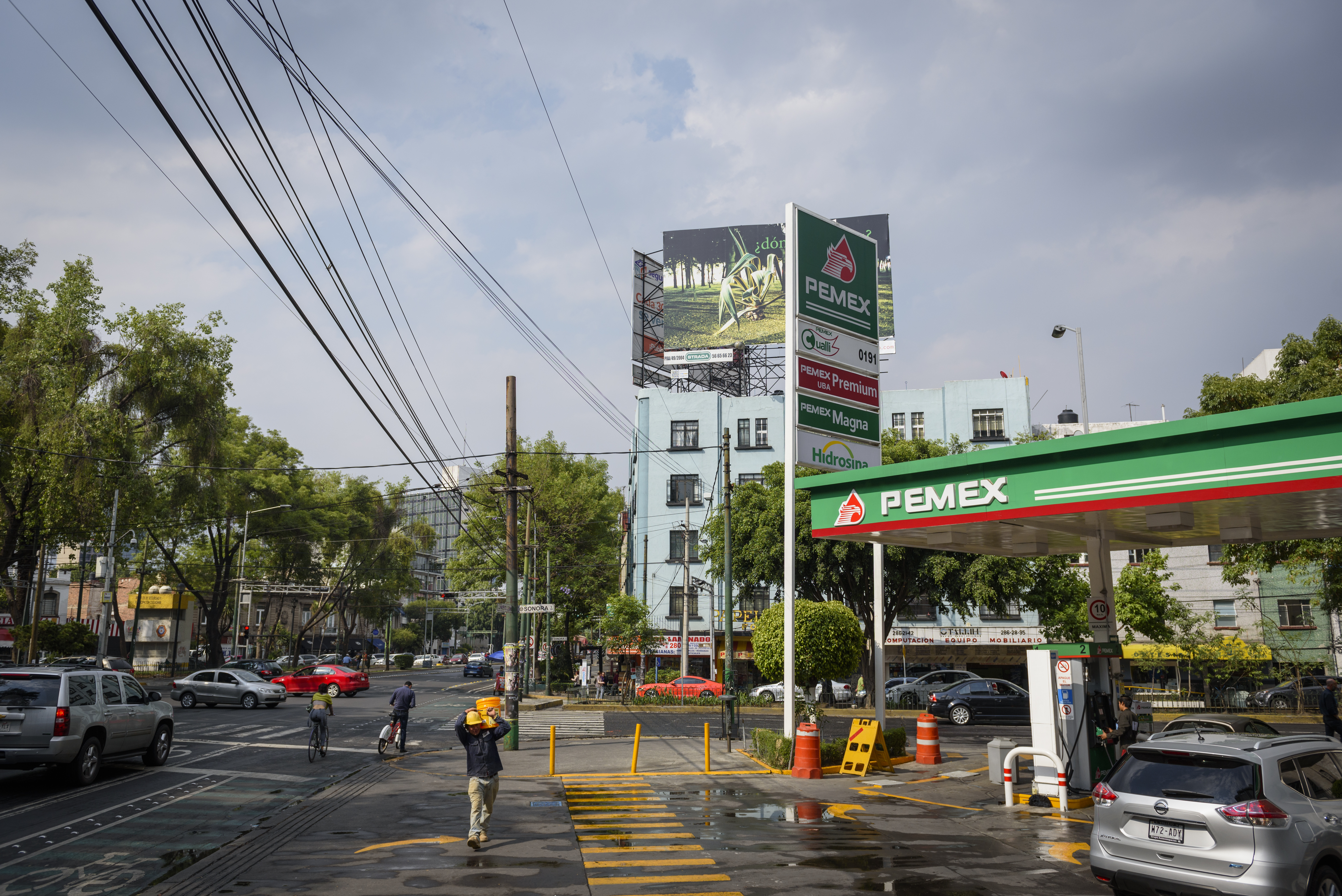 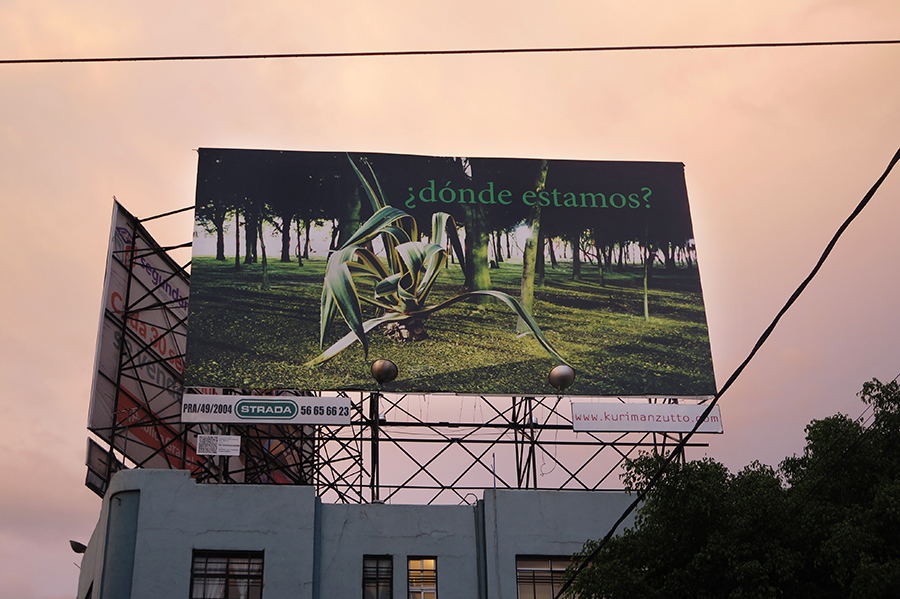 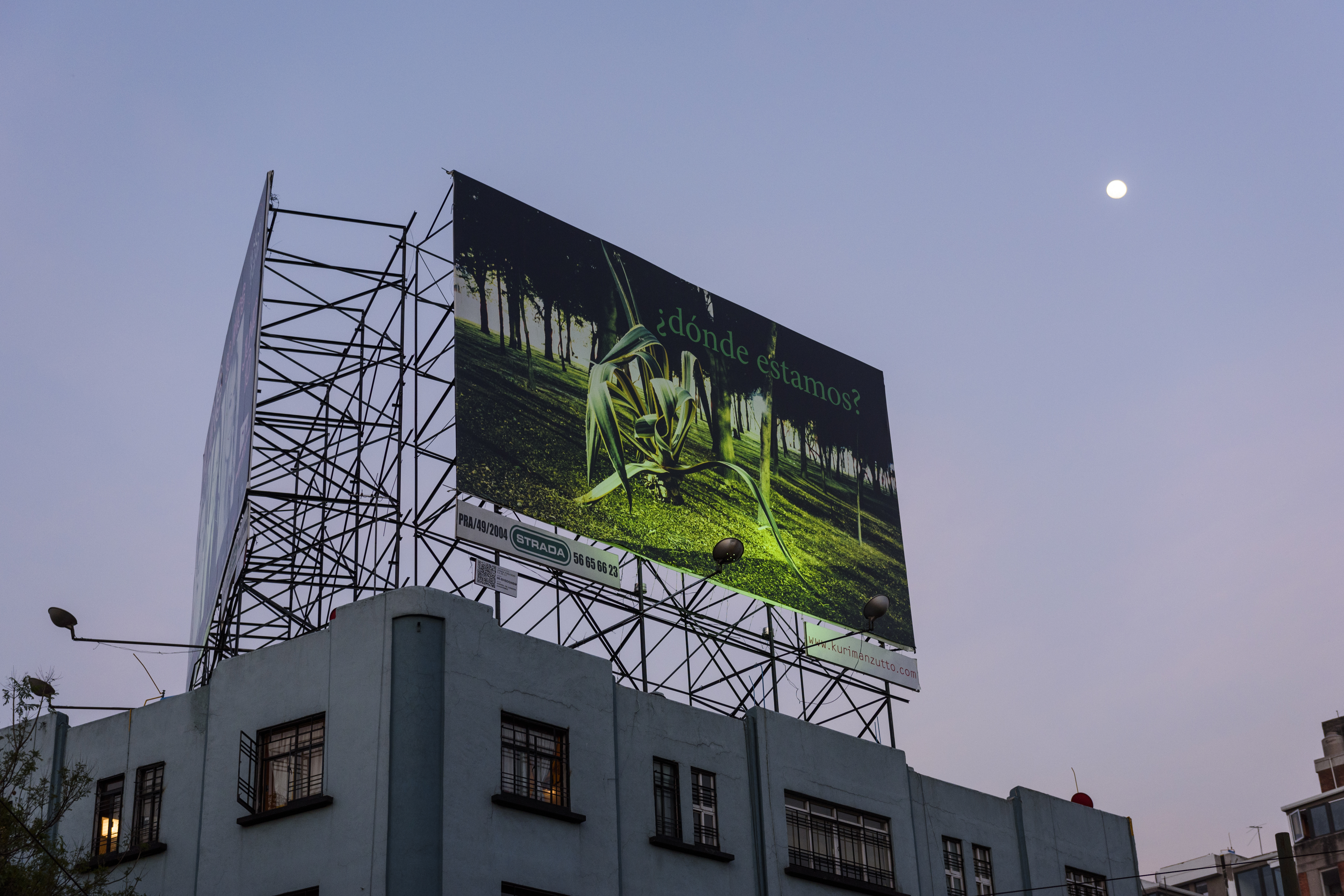 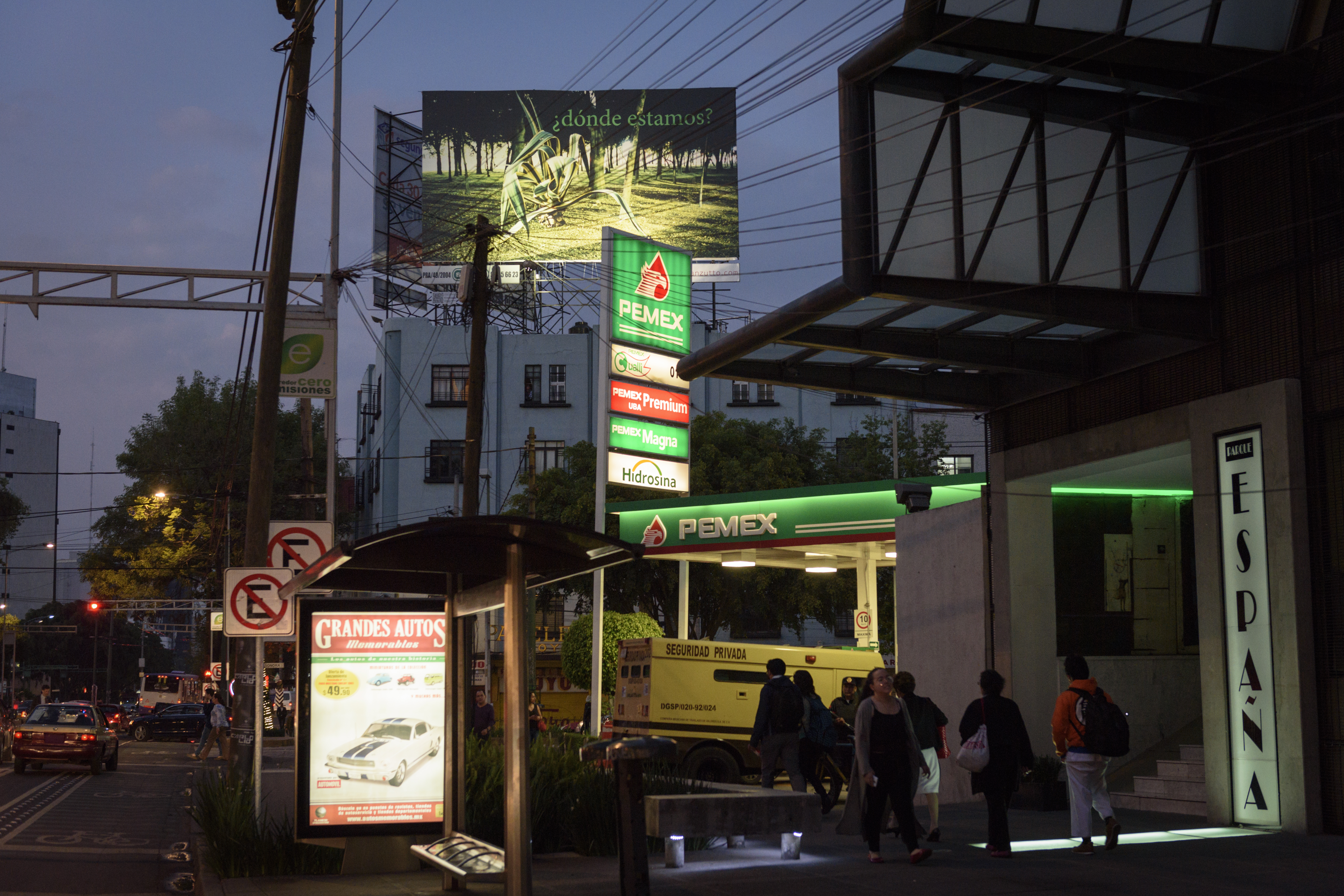 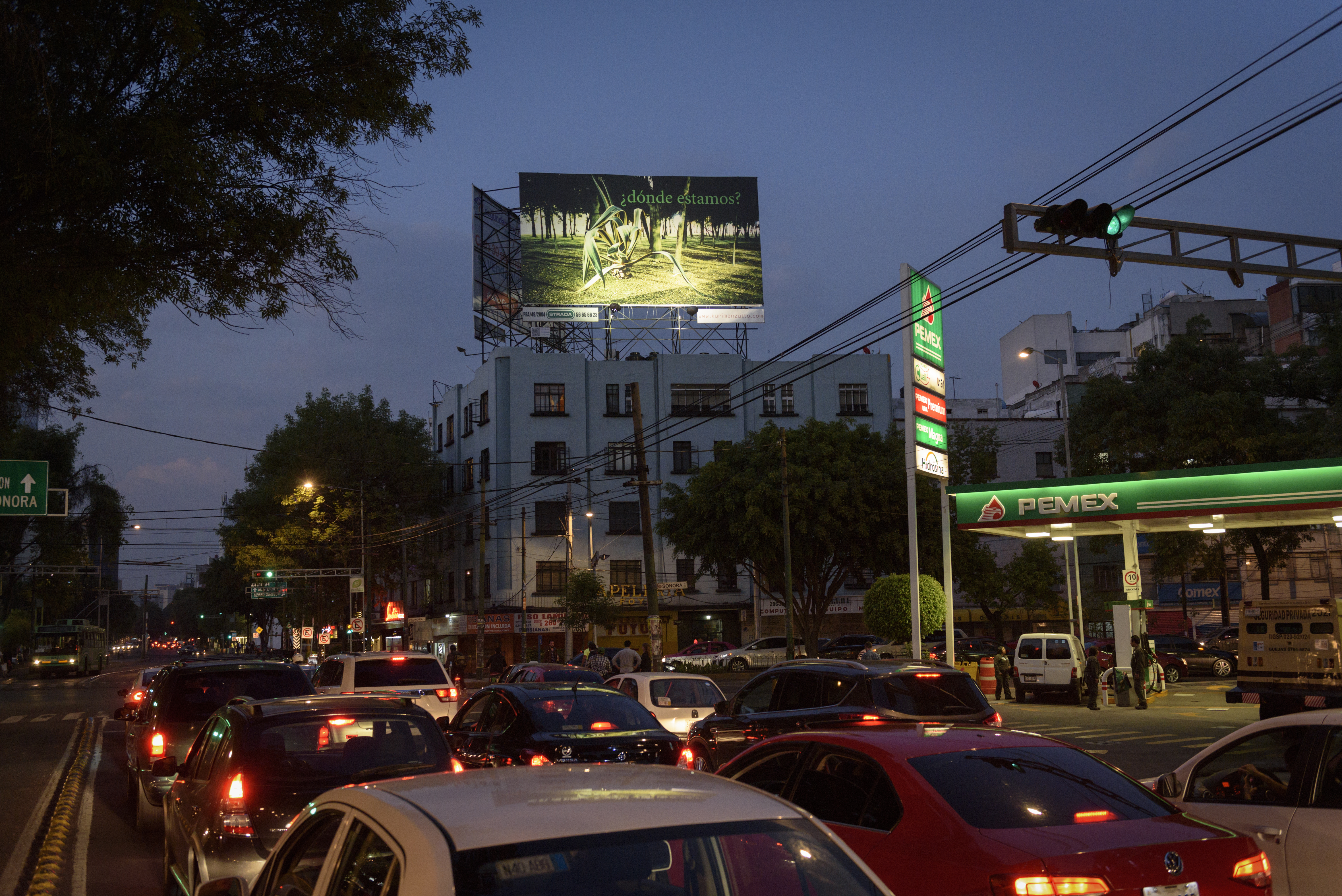 Wolfgang Tillmans inaugurated Sonora 128 on March 1st, 2016 with ¿dónde estamos? (2016). This billboard work features a levitating agave cactus, its leaves branching outwards, spinning in space like a decapitated head above the backdrop of Chapultepec Park. Alongside the cactus appears the self-reflexive question ¿dónde estamos? Surrealistic and somewhat unsettling, the composition uses archival imagery shot by Tillmans during a visit to Mexico City in 2008.

Perhaps an image that does not immediately conjure up Tillmans’ previous oeuvre, ¿dónde estamos?(2016) is in fact part of the artist’s signature exploration to fearlessly elicit new forms. As a Tillmans collaborator commented, “it takes 25 years of being a visual practitioner to be able to challenge your own practice.” Viewed in this light, the billboard is not just a photographic work, but also a social one. The spinning cactus, much like a stand-in for the human body, is a sculpture, and presents its question to the viewer as a universal examination of all living things. The central preoccupation, ¿dónde estamos? (loosely translated as “where are we?“ or “where are we at?”), is a social and political self-reflexive question meant to precipitate a dialogue. At first glance, this may appear to be a rote inquiry but in fact, bullseyes our contemporary predicament as a society facing complex and difficult choices, along with the holy grail of human consciousness in our ongoing quest for meaning. Rising above the heads of hundreds of passers-by, the work becomes a mirror for the soul-searching found at the very core of our condition. The question that it poses has haunted us since the proclamation of the Socratic dictum “know thyself”, and later emerges throughout the history of art, such as in the painting by Paul Gauguin, Where Do We Come From? What Are We? Where Are We Going? (1897).

¿dónde estamos?, (2016) was on view until May 31st, 2016 at the corner of avenidas Sonora and Nuevo Leon in the Hipódromo Condesa neighborhood in Mexico City. 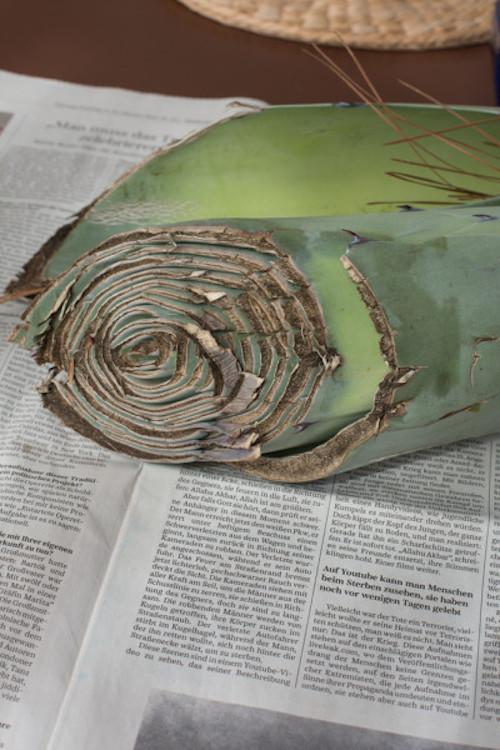